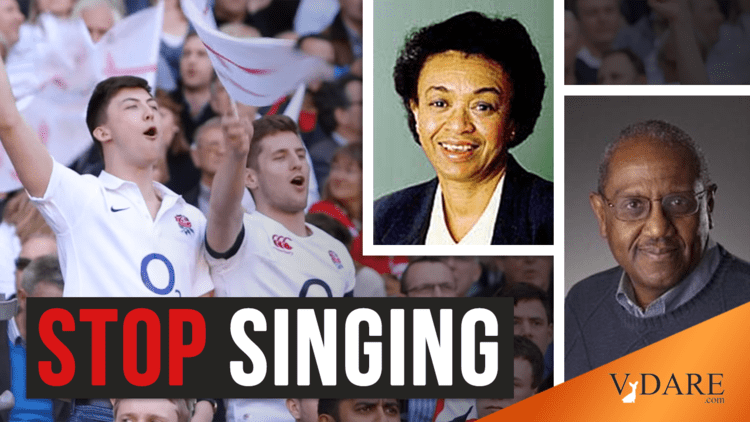 That's Paul Robeson, above, singing one of the most stirring of the old Negro Spirituals … or whatever we're supposed to call them nowadays. I remember it from my high-school years. It's well-known all over the world.

Especially to English fans of Rugby football. Rugby fans love to sing, and when England's team is on the field, especially when the odds are against them, this is the song you'll hear. There's a bit of sporting history behind that: You can see it for yourselves on YouTube.

Of course, nothing as traditional as this—well, nothing belonging to white people—will be allowed to survive the present cultural revolution. The Rugby Football Union, which is the governing body for the sport in England, is pondering whether the singing of "Swing Low, Sweet Chariot" by white people is a form of cultural appropriation and so should be banned.

This tiny controversy has brought forth great blasts of PC gibberish from Grievance Studies academics, the kind of thing that provides a handsome living to Ta-Nehisi Coates and a legion of white hucksters like Tim Wise and Robin DeAngelo the White Fragility lady.

Here, for example, is Josephine Wright, picture right, billed here as a professor of music and black studies at the College of Wooster in Ohio. Quote from her:

Such cross-cultural appropriations of U.S. slave songs betray a total lack of understanding of the historical context in which those songs were created by the American slave. 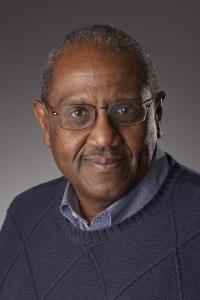 If you are still holding in your breakfast, here is Arthur Jones [Email him ] right, a music history professor (and Interim Vice Chancellor, Diversity/Inclusion) at the University of Denver, after being told about the rugby fans singing a spiritual, quote:

My first reaction is absolute shock—and I actually understand it when I think about it—but that's my first reaction. I feel kind of sad. [How a Slave Spiritual Became English Rugby’s Anthem, by Andrew Keith, NYT, March 7, 2017]

Poor guy! The move to ban the song may get help from on high, though. No less a personage than Prince Harry Windsor seems to be on board with a ban. [Prince Harry backs rugby move to kick out slavery song Swing Low, Sweet Chariot, Times Of London, June 21 2020]

Given that Harry is the least popular member of the Royal Family, as well as the least intelligent, I'd advise him not to make any appearances at rugby matches. If he does, I think I know what song will greet him.