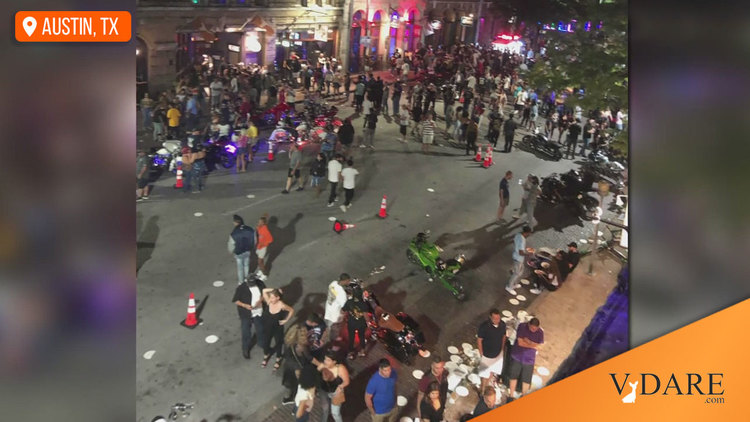 In Austin, 6th Street is the main entertainment district for Texas-style country and rock music. So, a mass shooting on 6th street that wounds 14 and kills none seems like a good test of Sailer’s Law of Mass Shootings: More dead than wounded means the shooter is likely nonblack, but more wounded than dead implies a black shooter.

Liberal newspaper Austin @statesman says it refuses to print the description of the mass shooting suspect for ideological reasons. The at-large suspect is described by police as a slim black male with dreadlocks who wore a black shirt. pic.twitter.com/7Ec3GSdQCP

It’s just a big conspiracy to cover up Sailer’s Law of Mass Shootings.