If you click into The Washington Post story about the black thug who murdered a white Korean War veteran by setting him on fire, you’ll run across this one, in the “Most Read” section on the right side of the page, about the 100-year-old white woman who died a few weeks after a black thug raped her. 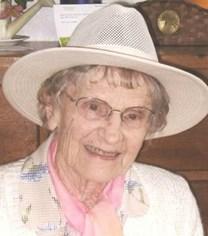 She died because a blood clot—a deep vein thrombosis that developed after the rapist’s vile deed—traveled to her lung.

Note that the Post and the Wichita Eagle tell a story with another raceless victim, and readers learn that her rapist and murderer is black only because of the photo. Nor did the newspapers publish a picture of the woman.

One wonders whether the victims in these stories would be raceless if the murderers had been whites. Can one even imagine the “conversation” we’d be having about race if a white man raped a 100-year-old black woman?

On that note, the New York Times ignored the story.