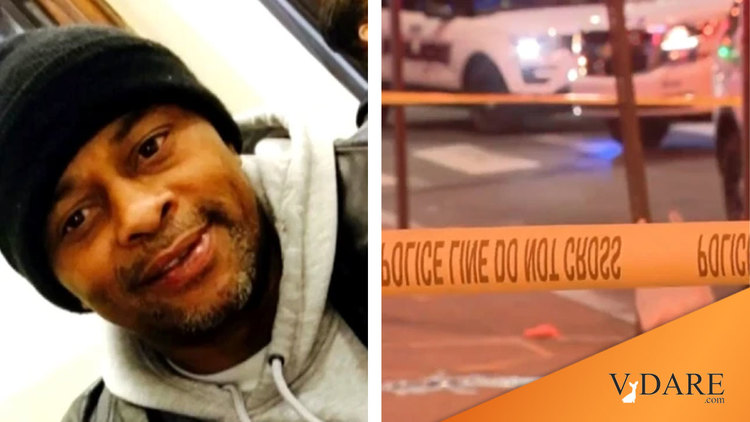 Sometimes a story needs no commentary. This is one of them.

Philadelphia police are trying to figure out who shot and killed a man while he was working on a video about the city’s gun violence.

It happened around 8 p.m. Monday on the 1900 block of West Page Street in Strawberry Mansion.

“This 55-year-old male was working for a production company. They were inside of a private residence. They were interviewing and filming some family members whose children were victims of gun violence in the last two to three years,” Philadelphia Police Chief Inspector Scott Small said.

The victim has been identified as Anthony Merriett from the 2100 block of N. Marston St.

Action News is told the anti-violence video was being made to stream on Netflix.

Merriett had exited the home to get more equipment from his van when he was shot multiple times, authorities said.

He was taken to the hospital by police where he was pronounced dead.

The bag with the production equipment was found on the sidewalk along with two cellphones, police said.

A motive is under investigation.

“We don’t know if it was robbery, if his wallet and money were taken,” Small said.

This marked Philadelphia’s 119th homicide of the year.

The Philadelphia City Council will hold a special committee Tuesday on gun violence prevention. The council wants to look at the city’s strategic plan to address gun violence and how to keep children safe.

Now Philadelphia is currently seeing a record wave of gun arrests, but the people charged are less likely to be convicted by the Soros-funded DA, Larry Krasner. The reason? Too many black and brown people are being arrested for crimes:

Krasner, in the midst of a contested reelection race, said the city’s focus instead should be on other issues — the long-standing structural problems that drive people toward picking up a gun, such as underfunded schools, government neglect of impoverished neighborhoods, and a bloated justice system that has targeted poor and Black and brown residents.

These two stories pretty much sum up life in 2021 America. In an era where we are told repeatedly that Black Lives Matter, it’s important to point out Anthony Merriett Jr. was a black man. Inevitably, his murderer will also be a black male.