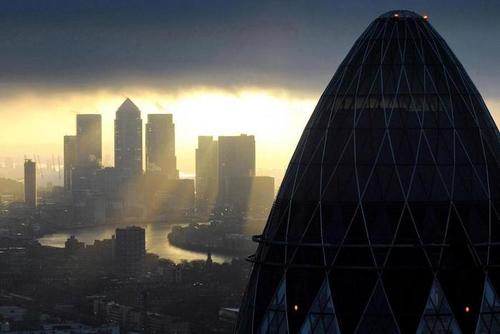 A true thing that's often been said but needs frequent repeating is that capitalism is not conservative, whatever Bernie Sanders may think.

Ed West says it over again:

I’m a great fan of Airbnb, the website that allows the impoverished middle classes to part-fund their holidays by having some random Italian people stay in their homes. Like Uber, that rather annoyingly hip service that undercuts taxi drivers, Airbnb is much resented by the old-fashioned competition, in this case hotels and B&Bs, who point out that its hosts avoid regulations they must abide by.

To remedy this the authorities in San Francisco put forward a proposition to restrict short-term rentals, aimed at people who are effectively running unregulated B&Bs through the site. The company responded with a series of adverts across the city pointing to the taxes paid by its hosts and guests with the message: “Dear public library system. We hope you use some of the $12 million in hotel taxes to keep the library open later.”

The aim seemed to be to win over the public with “virtue signalling”, that 2015 neologism for cheap public moralising, by aligning Airbnb with progressive politics — something it has previously done with an Ellis Island, immigration-themed advertising campaign about “welcoming people”. But the strategy backfired and the company has apologised.

It’s a lesson for big businesses, which have increasingly used Left-ish politics as a form of public relations. Google and Facebook, for example, both prominently backed same-sex marriage, and the former certainly influenced the Irish referendum this year. Starbucks is active in social justice causes, including gun control, public healthcare and most recently an ill-fated campaign called “Race together” in which customers were encouraged to discuss race relations with baristas (it must have seemed like a good idea at the time). The chief executive of Mozilla, meanwhile, was forced to resign after it was revealed he funded opponents of gay marriage.

Capitalism has always been progressive, something Voltaire noticed in the London stock exchange of the 18th century, where he saw Christians, Jews and Muslims trading together. The free market also undermines traditional structures, whether it’s the family or Church, so that Conservative economic policies clash with conservative social ideals. Probably few did as much to strengthen the pink pound, and therefore gay rights, as Margaret Thatcher, even if it probably was not her intention.

Likewise, progressive causes such as women in the workplace or open-door migration are generally good for business.

However social-justice politics has become a way for firms to get cheap PR while diverting attention from their own, often ruthless, business practices, including tax avoidance.

Virtue signalling is cheap — as long as you pay lip service to diversity and equality the loudest political activists will ignore how you actually behave and focus their anger on small Christian bakeries. Airbnb’s big mistake was to raise the subject of taxes, which is where support for progressive politics tends to thin.

The message is not lost on politicians.In the past week the [U.K.] Government has announced initiatives to increase the number of women in the boardroom and the proportion of black and minority ethnic students going to universities, all of which I’m sure is very noble but is certainly a lot cheaper than helping Britain’s steel workers or those struggling on tax credits.

And, as soon as business leaders tell the Government that quotas in boardrooms are going to damage UK Plc, or whatever they call it now, it will be quietly dropped.  [Why rapacious capitalists love to appear Lefty by Ed West; Evening Standard (U.K.), October 28th 2015.]