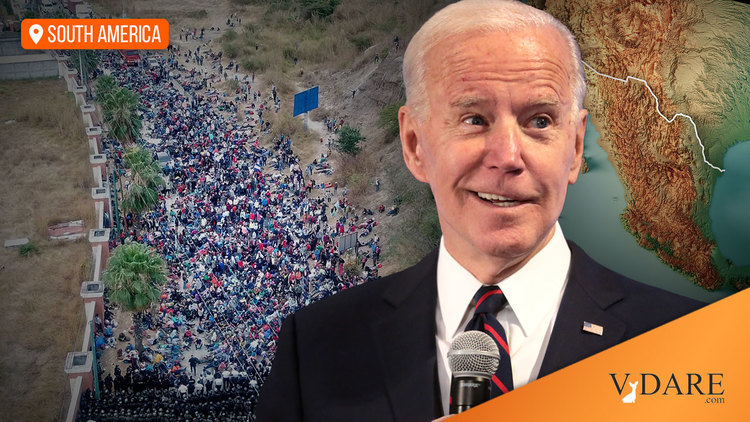 President Joe Biden appears ready to neuter Immigration and Customs Enforcement. New orders and guidelines pushed by the admin will force the crucial agency to not do its job. The Washington Post reported Sunday that the new administration will prohibit ICE from detaining and deporting a whole range of criminal aliens:

Agents will no longer seek to deport immigrants for crimes such as driving under the influence and assault, and will focus instead on national security threats, recent border crossers and people completing prison and jail terms for aggravated felony convictions.

“Generally, these convictions would not include drug based crimes (less serious offenses), simple assault, DUI, money laundering, property crimes, fraud, tax crimes, solicitation, or charges without convictions,” acting director Tae Johnson told senior officials in a Thursday email advising them on how to operate while new guidelines are finalized [New Biden rules for ICE point to fewer arrests and deportations, and a more restrained agency, by Nick Miroff and Maria Sacchetti, The Washington Post, February 7, 2021].

The new rules mandate that ICE agents “seeking to arrest fugitives outside of jails and prisons will need prior approval from the agency’s director in Washington justifying the decision while explaining how the enforcement action ‘constitutes an appropriate allocation of limited resources.’” These rules fall on top of Biden’s 100-day deportation freeze and other executive orders aimed at kneecapping immigration enforcement.

The new guidelines have already resulted in the cancellation of operations aimed at deporting child sex offenders, according to the Post’s report.

However, lawfare may overturn the insidious guidelines. Texas Attorney General Ken Paxton, who successfully sued to halt halted Biden’s deportation freeze, has asked the courts to throw out the new framework.

This is exactly the kind of action Republicans need to engage in to save this country from Biden’s malignancy. America can’t afford four years of no immigration enforcement. The GOP must find every way they can to make sure criminal aliens are deported.