At this point, the evidence for treason from the Biden-Harris Administration is so thick, you have to brush it away from your face when confronted by it or else be choked from the sedition.

Biden has made it clear that his number one mission as president is to undo everything the Trump administration accomplished over the last four years. His newest cancellation simply does not make sense.

Though the program seems to be something everyone should support, it clearly isn’t. Why would anyone want sex offenders to remain in the country? 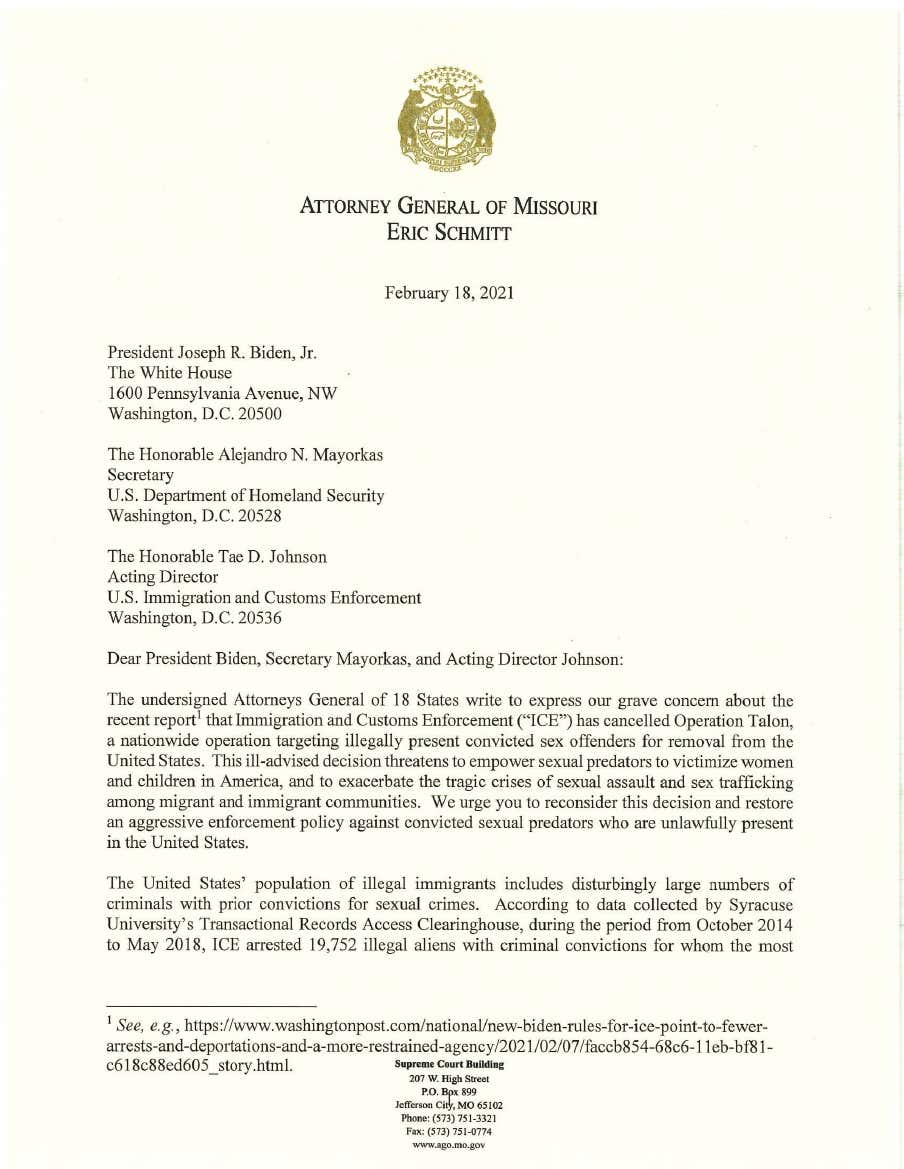 The letter, directed to Joe Biden, the Department of Homeland Security Secretary Alejandro Mayorkas and Acting Director of ICE Tae Johnson, pointed out the problems with this cancellation. The attorneys general argued that canceling Operation Talon could encourage sexual predators to attack.

“The United States’ population of illegal immigrants includes disturbingly large numbers of criminals with prior convictions for sexual crimes,” the letter reads. “According to data collected by Syracuse University’s Transactional Records Access Clearinghouse, during the period from October 2014 to May 2018 ICE arrested 19,572 illegal aliens with criminal convictions for whom the most serious prior conviction was a conviction for a sex-related offense.”

“Meanwhile, an increasing number of illegal aliens are entering the United States after having been previously convicted of sexual offenses,” it continues. “The cancellation of [Operation Talon] effectively broadcasts to the world that the United States is now a sanctuary jurisdiction for sexual predators. This message creates a perverse incentive for foreign sexual predators to seek to enter the United States illegally and assault more victims, both in the process of unlawful migration and after they arrive. It will also broadcast the message to other criminal aliens who have committed other offenses that any kind of robust enforcement against them is unlikely.”

The letter begs perhaps the most important question: “If the United States will not remove even convicted sex offenders, whom will it remove?”

You have to ask yourself: whose side is the Biden Administration on? The American people or protecting illegal alien sex offenders? The question is, of course, rhetorical.