Bible Miniseries Producers Try Not to Have a "Too White" Cast 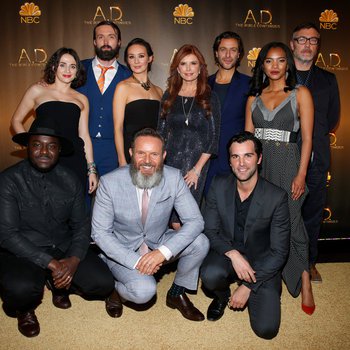 A cast photo from A.D.: The Bible Continues

This Easter, an ambitious 12-part miniseries entitled A.D.: The Bible Continues began its broadcast. As you know if you paid attention to the hullabaloo over the recent Moses movie, discussion of the race (or perceived race) of those cast in Bible movies is now de rigueur.

Producers Mark Burnett and Roma Downey had been criticized over their previous miniseries The Bible:

Downey said, despite the success of "The Bible," she and Burnett faced criticism because much of the cast for "The Bible" was white. "We decided then if we had an opportunity to do this again that we would remedy that," she said.

The two looked to places like Africa to cast key roles: Mary Magdalene, for example, is played by Zimbabwean actress Chipo Chung, who is Afro-Asian, and Gambian Babou Cessay, who is black, plays John the Beloved. Jesus is played by Argentine Juan Pablo Di Pace.

Other roles such as Simon the Zealot and the disciple James were filled by British actors of African descent. 'A.D. The Bible Continues': How the NBC miniseries cast got chosen, AP, April 5, 2015 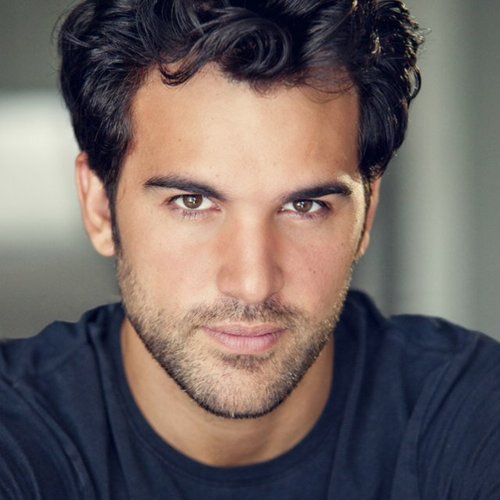 The actor who portrays Christ is Juan Pablo Di Pace, from Argentina, thus qualifying the actor as "Hispanic". But wait a minute—"Hispanic" is not a race and includes those of several races and race mixtures. This particular actor, Juan Pablo Di Pace, is white, that is, of European ancestry, as are most Argentines. (The name Di Pace isn't even Spanish, it's Italo-Argentine.) So is anybody going to complain about that?

Said Burnett: "I feel it's so important for all communities to see themselves on the screen, but in the end our goal was to find the best and by casting that wider net we found the best actors (for the roles)."

It sounds like pop psychology meets PC. Is it really "so important for all communities to see themselves on the screen"? Really? I don't watch movies to "see myself". I watch them to see the story the moviemaker is presenting.

As for religious artistic portrayals, the only place where I've seen an illustration of a "blond Jesus" was in Mexico!