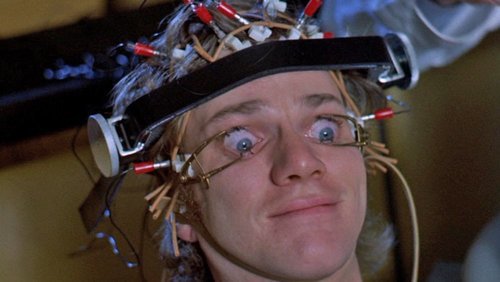 Levels of unconscious racist and sexist bias have been reduced by manipulating the way the brain learns during sleep.

A team at Northwestern University, Chicago, played sounds while people slept to trigger and enforce memories of an exercise earlier in the day.

The trial on 40 people, published in the journal Science, showed the changes lasted at least a week. …

People’s prejudices were assessed with a series of publicly available tests at the start of the study.

They were then given “counter-bias training”. During the session, pictures of faces were paired with words that were the opposite of widely-held stereotypes.

So female faces were paired with words like “maths” or black faces with positive words like “sunshine”.

Distinctive sounds were played during the counter-bias training and were played again at low volume during a 90-minute afternoon nap.

The result was a reduction in sexual and racial bias scores, which persisted for at least a week.

I first noticed Hu et al.’s article in the BBC app on my tablet. It was the third article in the “World News” section. Not the Science section, or the Health section (for some reason, the BBC’s write-up was done by their Health correspondent, although what the study has to do with health is not clear); apparently this was the third most important news story in the world on May 29, 2015. …

Bottom line: I have difficulty believing that there is anything to see here. We can put off the debate about the ethics of subliminally improving people for a while, or at least rest assured that it’s likely to remain an entirely theoretical problem.