Look out San Francisco (and others)! Your fat checks from Congress may be pruned back entirely if freshman Congressman Lou Barletta manages to pass his new legislation, which would end federal funding to cities that refuse to enforce immigration laws. 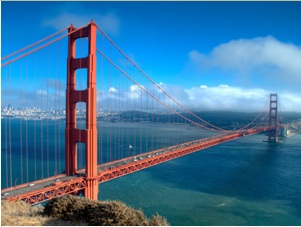 If San Francisco had not been a hopelessly foolish sanctuary city, coddling criminal illegal aliens, then some terrible crimes might have been prevented. Probably the worst illegal alien crime was the murder of the father and two sons of the Bologna family, shot by previously arrested alien gangster Edwin Ramos who had not been deported despite the violence of his earlier crimes.

Illegal alien sanctuary cities may be a cushy deal for foreign criminals where they can avoid justice, but the policy is disastrous indeed for public safety.

The liberal politicians who run sanctuary cities are not swayed by horrific preventable crimes which cause enormous human suffering, so perhaps removing their money is the only way to get their attention.

WASHINGTON - Focusing his first solo legislative effort on an issue that gained him and Hazleton national attention, Republican Rep. Lou Barletta today said he will introduce a bill seeking to strip all federal funding from "sanctuary" cities that fail to enforce federal immigration laws.

The former Hazleton mayor and freshman member of Congress also said he is forming an "Immigration Reform Caucus" that he hopes other freshmen lawmakers will join.

Barletta said at a Capitol Hill news conference that his bill, which he expects to formally introduce within a few weeks, will be designed to "crack down on cities whose elected officials have willfully chosen not to enforce immigration policy by withholding all federal funding from them as long as their sanctuary policies are in place."

Saying that there are more than 100 "sanctuary" cities nationwide, Barletta added, "I want to know how much they get from the American taxpayer."

Barletta noted at the news conference that next month is the fifth anniversary of the Illegal Immigration Relief Act ordinance adopted by Hazleton in 2006 while Barletta was mayor. The ordinance, which has been ruled unconstitutional by a federal district court and a federal appeals court, sought to fine landlords who rented to illegal immigrants and penalize employers who hired illegal immigrants. Hazleton was the first city in the country to pass such a measure, and Arizona later followed on a statewide level.

Barletta said he still hopes the U.S. Supreme Court will take up the Hazleton law and uphold its constitutionality.

Barletta said he is tentatively titling his federal legislation the Mobilizing Against Sanctuary Cities Act. He said he has asked the Congressional Research Service to compile a list of sanctuary cities and estimate how much in federal taxpayer dollars each city receives.

Barletta said that he and other city and state officials who sought to more strictly enforce federal immigration laws were sued by federal officials who spent taxpayer dollars to do so - and that it's only right to take away taxpayer dollars - for anything from federal housing grants to road and sewer repairs - from cities that choose not to enforce federal immigration laws.

"Local elected officials who choose to ignore enforcement of fed immigration policies are aiding and assisting illegal aliens and it is illegal to aid and abet those who are in this country illegally," Barletta said at the news conference. "They should not receive millions or even billions of tax dollars as a reward."

Barletta said he has not yet identified co-sponsors for his bill or which freshmen members will join his immigration reform caucus.