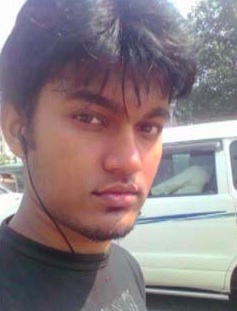 New York City just dodged another Islamic bullet. The would-be mass-murderer, Quazi Mohammad Rezwanul Ahsan Nafis (pictured), thought he had a 1,000-pound bomb parked in front of the Federal Reserve Bank, but fortunately he had been headed off by an FBI agent posing as a fellow jihadist and the explosives were fake.

The 21-one-year-old came from Bangladesh on a student visa and had attended Southeast Missouri State University in the spring semester, pursuing a Bachelors of Science in cyber security. But getting a college education was a merely a ruse, and his purpose in entering America was to commit a major jihadist act with lots of dead.

The criminal complaint explained that Nafis wrote an article about his motivations, including quotations from the late Mr. bin Laden to justify an action he thought would kill many women and children, plus his intention to take down America’s economic system:

all I had in my mind are how to destroy America . . . I came up to this conclusion that targeting America’s economy is most efficient way to draw the path of obliteration of America as well as the path of establishment of Khilapha.

Before going forward with his bomb plot, Nafis filmed a videotape of himself telling Americans “We will not stop until we attain victory or martyrdom.”

New York City has had 15 attempted terror attacks since 9/11, indicating that the city remains a desirable target for Allah’s killers.

Federal authorities arrested a Bangladeshi national Wednesday morning for allegedly plotting to blow up a Federal Reserve Bank in New York City’s lower Manhattan, mere blocks away from the site of the terrorist attack of Sept. 11, 2001. The bank is one of 12 branches around the country.

The 21-year-old suspect, Quazi Mohammad Rezwanul Ahsan Nafis, attempted to detonate what he thought was a 1,000-pound bomb in front of the Fed building on Liberty Street, but the device was a fake supplied to him by undercover FBI agents who had been tracking his activity, the FBI’s Joint Terrorism Task Force said Wednesday afternoon.

The supposed explosives posed no threat to the public, the FBI said.

A criminal complaint accuses Nafis of having overseas connections to Al Qaeda and travelling to the U.S. in January to recruit individuals to form a terrorist cell and conduct an attack on American soil. He came under the guise of going to school in Missouri on a student visa. One of Nafis’ potential recruits was an FBI source, who alerted authorities, the FBI said.

A federal law enforcement official told Fox News that there was no evidence Nafis was directed by Al Qaeda to carry out this attack, though he appears to have thought he was working for the terrorist group.

A U.S. official told Fox News that President Obama was Nafis’ first target, but the criminal complaint only refers to “a high-ranking official.” The complaint also mentions the New York Stock Exchange as a proposed target.

The FBI cites a written statement obtained from Nafis in which he said he wanted to “destroy America” and determined that the best way to achieve that goal was to target the economy. He also referenced quotes from “our beloved Sheikh Osama bin Laden.”

Nafis appeared in federal court in Brooklyn to face charges of attempting to use a weapon of mass destruction and attempting to provide material support to Al Qaeda. Wearing a brown T-shirt and black jeans, he was ordered held without bail and did not enter a plea. His defense attorney had no comment outside court.

“Attempting to destroy a landmark building and kill or maim untold numbers of innocent bystanders is about as serious as the imagination can conjure,” FBI Acting Assistant Director-in-Charge Galligan said. “The defendant faces appropriately severe consequences.”

NYPD Commissioner Raymond Kelly noted that there have been 15 terrorist plots targeting the city since the attacks of Sept. 11, 2001.

“Al Qaeda operatives and those they have inspired have tried time and again to make New York City their killing field,” Kelly said. “After 11 years without a successful attack, it’s understandable if the public becomes complacent. But that’s a luxury law enforcement can’t afford.”