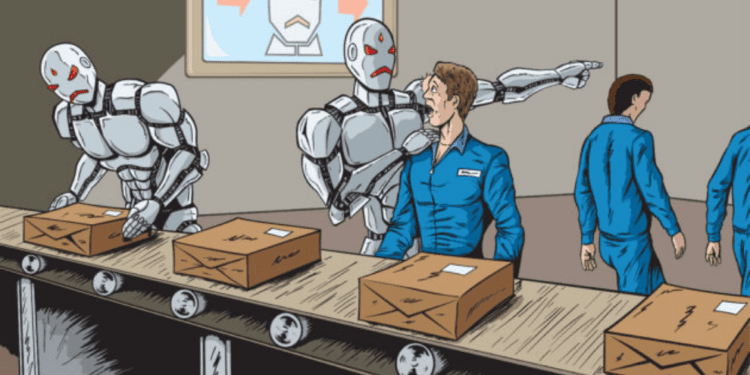 There’s a new automation report out, forecasting major job loss around the world from robots. The Oxford Economics study focuses on the manufacturing sector, which is what makes some economies run in Third World nations lacking economic diversity, and political instability may result.

Oxford Economics wants you to register your business on its website to get the report, but you can go directly to the file to read for yourself: How Robots Change the World.

The study is another dire forecast about how smart machines will impact the jobs economy which have been accumulating over the last several years. Oxford University researchers forecast in 2013 that nearly half of American jobs were vulnerable to machine or software replacement within 20 years. Rice University computer scientist Moshe Vardi believes that in 30 years humans will become largely obsolete, and world joblessness will reach 50 percent. The Gartner tech advising company believes that one-third of jobs will be done by machines by 2025. The consultancy firm PwC published a report last year that forecast robots could take 38 percent of US jobs by 2030. In November 2017, the McKinsey Global Institute reported that automation “could displace up to 800 million workers — 30 percent of the global workforce — by 2030.” Forrester Research estimates that robots and artificial intelligence could eliminate nearly 25 million jobs in the United States over the next decade, but it should create nearly 15 million positions, resulting in a loss of 10 million US jobs. Kai-Fu Lee, the venture capitalist and author of AI Superpowers: China, Silicon Valley, and the New World Order, forecast on CBS’ Sixty Minutes about automation and artificial intelligence: “in 15 years, that’s going to displace about 40 percent of the jobs in the world.” A February 2018 paper from Bain & Company, Labor 2030, predicted, “By the end of the 2020s, automation may eliminate 20% to 25% of current jobs.”

In a few years, inexpensive machines will replace more expensive humans, even cheapie foreigners. At that point, we will wonder at the stupidity of having an open border to admit the unskilled Third World, because

Some tech experts estimate that serious automation is only a few years off, as indicated by the chart below from a 2017 PwC report, How will automation impact jobs?

Shutting down unskilled immigration should be the highest priority for the government, but it is not.

How Robots Change the World and What Automation Really Means For Jobs and Productivity, SupplyChain247.com, June 26, 2019

A new report by Oxford Economics claims that robots are forecasted to replace almost a tenth of the world’s manufacturing jobs with the majority borne by lower-income areas in developed nations.

Oxford Economics, global forecasting, and quantitative analysis firm have released a new report that predicts robotic machines will displace about 20 million manufacturing jobs across the world over the next decade.

Robots are increasingly capable of performing tasks that were previously relied on human hands.

Already, the number of robots in use worldwide multiplied three-fold over the past two decades, to 2.25 million.

Trends suggest the global stock of robots will multiply even faster in the next 20 years, reaching as many as 20 million by 2030, with 14 million in China alone.

This increase will be challenging for governments and policy-makers as it will impact the economy, the workplace, and society.

As a result of robotization, tens of millions of jobs will be lost, especially in poorer local economies that rely on lower-skilled workers.

This will, therefore, translate to an increase in income inequality. However, the rise of robots will also be beneficial in terms of productivity and economic growth, leading to the creation of new jobs. (Continues)