Austrian Immigrant Schwarzenegger Thinks He Should Be President (of America) 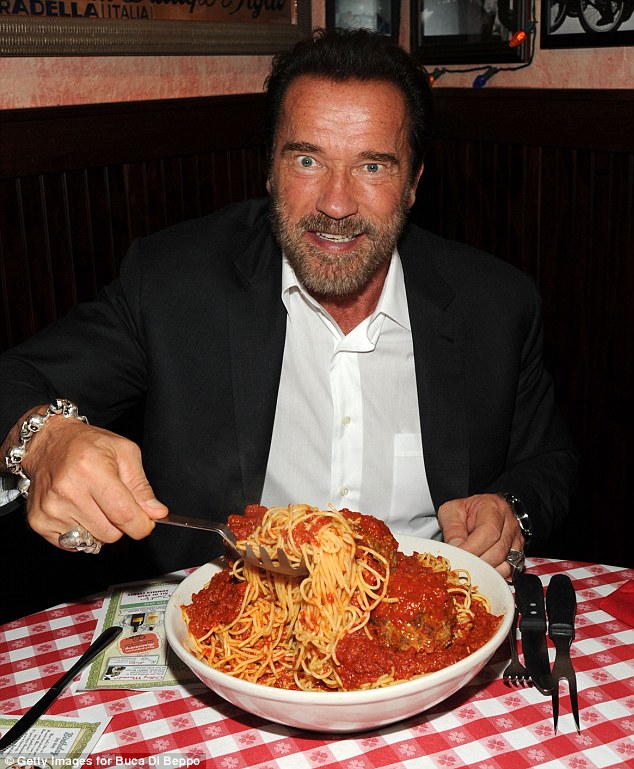 The Constitution, our nation’s founding legal blueprint, is increasingly regarded as a list of outmoded suggestions from dead white men. Sovereignty and laws are thought by many elites to be unfriendly vestiges of the old America which has been hung up on legal trifles.

Today’s example is former California governor Arnold Schwarzenegger, who once claimed to be a conservative. Now he thinks that the Constitution’s requirement that a Presidential candidate be a natural born citizen is too restrictive. Perhaps he thinks that Barack Obama’s squishy credentials provide him an opening.

BTW, I have no doubt that Barack Hussein Obama was born in Hawaii, but his father was a temp visitor from Kenya (who was a foreign student and not even an immigrant), thereby making junior a non-natural-born citizen. At least in my non-lawyer understanding of the more stringent requirement in the Constitution for President.

Interestingly, Schwarzenegger has been sniffing around this issue for some time. In 2008, powerful TV news star Tim Russert remarked he would change the Constitution through his mighty journalist powers so Arnold could be President. As I quoted in a blog titled, Russert Had Big Plans for His Buddy Schwarzenegger:

Schwarzenegger said Tim Russert, the recently deceased host of “Meet the Press” whom Shriver had called her best friend, told him if he ever chose to run for president he would help. “When I ran for governor, he called me and said, ‘If you make that, if you win, then I will take care of the rest,’” Schwarzenegger recalled. “I said what are you talking about? And he said, ‘I will get you to run for president. I will make sure that we change the Constitution.’ It never happened. But anyway, I miss him very much.”

Schwarzenegger has been trying to revive his movie career as an action star, but the foray hasn’t been very successful for the 65-year-old former actor-politician. So perhaps the bored Arnold figures he might as well run for President as another item for his resume.

He isn’t expressing the policies he would implement as Chief Executive for the good of the country, just that he would like to Be the President. And anyway, he’s dreaming if he thinks Americans would vote for him after he broke up his marriage with Maria Shriver by bonking the Mexican housekeeper, producing an extramarital kid.

Action star and former California Gov. Arnold Schwarzenegger has been lobbying for support to change the law to allow him to run for president in 2016, Page Six has exclusively learned.

We’re told Ahnold has been openly talking about his political ambitions while in New York to promote his new movie with Sylvester Stallone, “Escape Plan.”

One source said: “Schwarzenegger has been talking openly about working on getting the constitutional rules changed so he can run for president in 2016. He is ready to file legal paperwork to challenge the rules.”

Arnie was born in Austria, and the US Constitution prevents foreign-born citizens from holding the nation’s top job. Any amendment to the Constitution must be approved by two-thirds majority in the House and the Senate.

But Arnold, who became a US citizen in 1983, still could mount a legal challenge. In 2010, he appeared on the ‘Tonight Show,’ and was asked by Jay Leno if he would make a White House run if the law were changed.

Schwarzenegger replied, “Without any doubt.” With America becoming more diverse, it is not clear what would happen if Arnie or any other foreign-born naturalized citizen decided to run.

Columbia University Law School professor Michael Dorf, an expert in constitutional law, said about the Governator’s case in 2007, “The law is very clear, but it’s not 100 percent clear that the courts would enforce that law rather than leave it to the political process.”

While Arnold’s rep didn’t respond to us, even Mayor Mike Bloomberg has spoken playfully about forming a presidential ticket with Schwarzenegger.

If it does happen, an arm wrestle between Arnold and fellow 2016 contender Hillary Clinton would be a spectacle, although our bets are on Hillary.