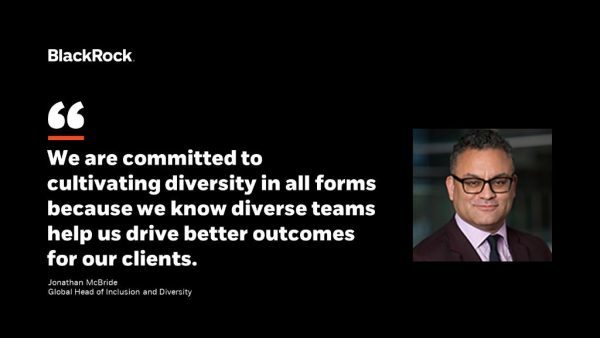 Asset Manager BlackRock Says Down With White Male Board Members

Earlier: War On Whiteness: NASDAQ Wants EVERY Company On Their Exchange To Have A Minority, Female Or LGBTQ Director

If racial diversity in a workforce was so valuable, then why do the F.A.A.N.G’s (Facebook, Apple, Amazon, Netflix, and Google) have so few non-Asian minorities employees? These companies are some of the best for equity holders to own in their investing portfolios, but they have a paucity of black faces working for them. Big Tech seems to be thriving, despite a lack of contributions from blacks… though these companies struggle with diversity, they have no problem staying in the black financially, and producing huge returns for stock holders.

BlackRock to Push Companies on Racial Diversity in 2021, Bloomberg.com, December 11, 2020

BlackRock Inc., the world’s largest asset manager, plans to next year push companies for greater ethnic and gender diversity for their boards and workforces, and says it will vote against directors who fail to act.

The money manager, which oversees more than $7.8 trillion of assets, is asking U.S. companies to disclose the racial, ethnic and gender makeup of their employees — data known as EEO-1 — as well as measures they’re taking to advance diversity and inclusion, according to a stewardship report released Thursday.

“We are raising our expectations,” New York-based BlackRock said in the report. “An inclusive, diverse and engaged workforce contributes to business continuity, innovation, and long-term value creation.”

Companies are under increasing pressure from investors and advocates to address diversity. State Street Global Advisors, which manages about $3 trillion for clients, has said it will ask companies about their metrics and goals to boost racial diversity within their ranks, while Nasdaq Inc. announced that most companies listed on its U.S. exchange will have to include at least one director who identifies as female and one who identifies as an underrepresented minority or LGBTQ. Goldman Sachs Group Inc. has said the firm will no longer take a company public in the U.S. and Europe if it lacks a director who is either female or diverse.

Doesn’t the fact the F.A.A.N.G’s and all Big Tech companies thrive despite lacking much diversity in their workforces save white and Asian employees, show this claim of inclusion and diversity leading to innovation and long-term value creation to be a huge lie?

But it doesn’t matter. The more lies you tell in advancement of the cause of racial progressivism, the better. To engage in pattern recognition is the greatest sin in 2020 America, meaning we must applaud BlackRock’s actions as the highest moral good.

But what BlackRock means to do is simply this: by championing diversity, they advance the cause of The Great Replacement for boards and workforces.