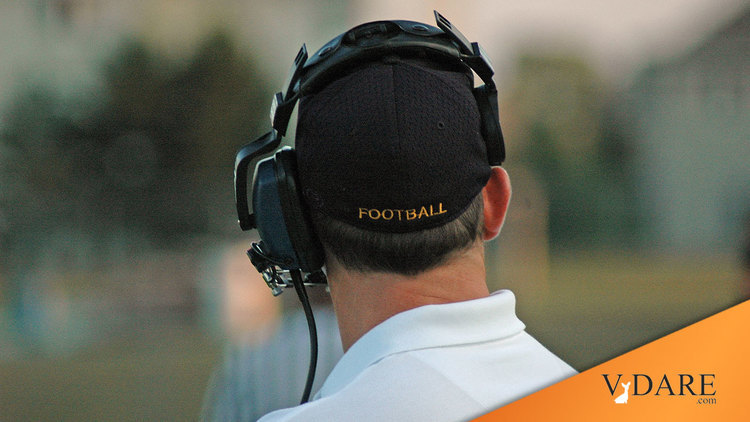 Army Coach, Winless Against Navy, Is Fired After Rout

One day after it lost to Navy for the 12th consecutive time, Army fired its football coach, Rich Ellerson, acknowledging he was a “tremendous role model for our cadet-athletes” but deciding that his 20-41 record at West Point and 1-9 record against the other service academies was more important to the direction of its football program. ...

The Black Knights last beat the Midshipmen in 2001. The Midshipmen, who also defeated Air Force this season, won the Commander in Chief Trophy as the top service academy team for the ninth time in 11 seasons. Navy’s 12-game run is the longest in the history of the rivalry that began in 1890.

And from a 2010 op-ed in the NYT by an English professor at Annapolis:

The Academies’ March Toward Mediocrity

Annapolis, Md. — THE idea of a football star receiving lenient treatment after testing positive for drug use would raise no eyebrows at most colleges. But the United States Naval Academy “holds itself to a higher standard,” as its administrators are fond of saying. According to policy set by the chief of naval operations, Adm. Gary Roughead, himself a former commandant of midshipmen at the academy, we have a “zero tolerance” policy for drug use.

Yet, according to Navy Times, a running back was allowed to remain at Annapolis this term because the administration accepted his claim that he smoked a cigar that he didn’t know contained marijuana. (He was later kicked off the team for a different infraction, and has now left the academy.)

The incident brings to light an unpleasant truth: the Naval Academy, where I have been a professor for 23 years, has lost its way. The same is true of the other service academies. They are a net loss to the taxpayers who finance them, as well as a huge disappointment to their students, who come expecting reality to match reputation. They need to be fixed or abolished. ...

Meanwhile, the academy’s former pursuit of excellence seems to have been pushed aside by the all-consuming desire to beat Notre Dame at football (as Navy did last year). To keep our teams in the top divisions of the National Collegiate Athletic Association, we fill officer-candidate slots with students who have been recruited primarily for their skills at big-time sports. That means we reject candidates with much higher predictors of military success (and, yes, athletic skills that are more pertinent to military service) in favor of players who, according to many midshipmen who speak candidly to me, often have little commitment to the military itself.

It’s no surprise that recruited athletes have been at the center of recent scandals, including a linebacker who was convicted of indecent assault on a female midshipman in 2007 and a quarterback who was accused of rape and dismissed from the academy for sexual misconduct in 2006. Sports stars are flattered on campus, avoid many of the onerous duties other midshipmen must perform, and know they’re not going to be thrown out. Instead of zero tolerance, we now push for zero attrition: we “remediate” honor code offenses.

Another program that is placing strain on the academies is an unofficial affirmative-action preference in admissions. While we can debate the merits of universities making diversity a priority in deciding which students to admit, how can one defend the use of race as a factor at taxpayer-financed academies — especially those whose purpose is to defend the Constitution? Yet, as I can confirm from the years I spent on the admissions board in 2002 and ’03 and from my conversations with more recent board members, if an applicant identifies himself or herself as non-white, the bar for qualification immediately drops.

Some in the administration have justified the admissions policies on the ground that it “takes all kinds” to be officers. But that’s not really what the academies recruit. They don’t give preference to accomplished cellists or people from religious minorities or cerebral Zen types.

In the British tradition, the Army was politicized and anti-meritocratic and very much gave preference to the Church of England upper class. Officers were disproportionately from the landed aristocracy so that they wouldn't be tempted to take over the country in a military coup because they already owned it. The Royal Navy was more for careers open to talent, because it was more technologically complicated than a cavalry charge and seemed less likely to pull a coup.