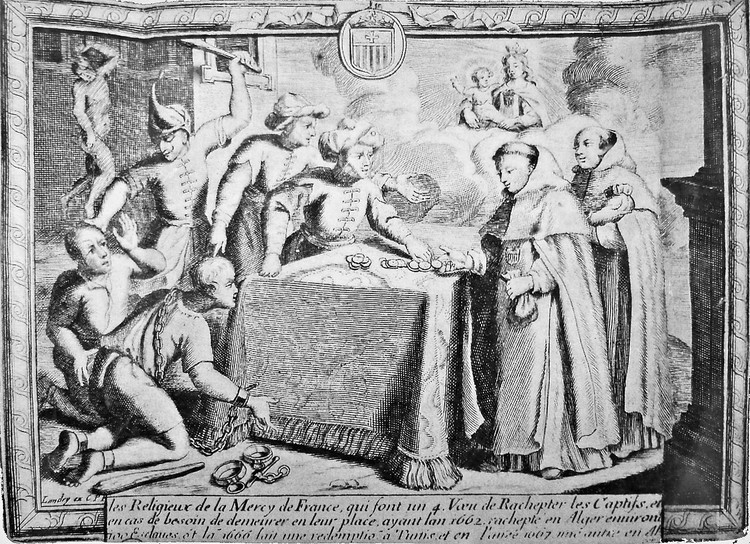 North African pirates abducted and enslaved more than 1 million Europeans between 1530 and 1780 in a series of raids which depopulated coastal towns from Sicily to Cornwall, according to new research. American historian Robert Davis has calculated that the total number captured - although small compared with the 12 million Africans shipped to the Americas in later years - was far higher than previously recognized. Villages and towns on the coast of Italy, Spain, Portugal and France were hardest hit but the raiders also seized people in Britain, Ireland and Iceland. Almost all the inhabitants of the village of Baltimore, in Ireland, were captured in 1631, and there were other raids in Devon and Cornwall.

In comments which may stoke controversy, [Davis] said that white slavery had been minimised or ignored because academics preferred to treat Europeans as evil colonialists rather than as victims.