AP: "Study Proves High Heels Do Have Power Over Men" 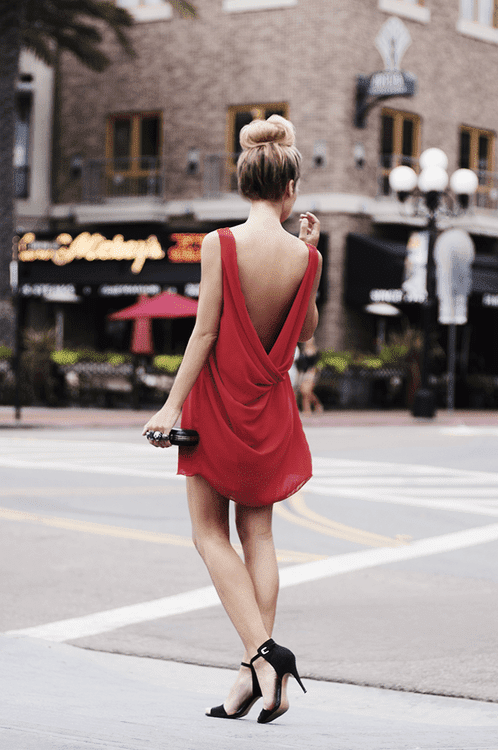 From the AP (via Marginal Revolution):

PARIS (AP) — The well-heeled Marilyn Monroe reportedly once said if you give a girl the right shoes, she can conquer the world.

… Now a scientific study in France has measured their power.

Scientists from the Universite de Bretagne-Sud conducted experiments that showed that men behave very differently toward high-heeled women. The results, published online in the journal “Archives of Sexual Behaviour,” may please the purveyors of Christian Louboutin or Jimmy Choo shoes – yet frustrate those who think stilettos encourage sexism.

The study found if a woman drops a glove on the street while wearing heels, she’s almost 50 percent more likely to have a man fetch it for her than if she’s wearing flats.

Another finding: A woman wearing heels is twice as likely to persuade men to stop and answer survey questions on the street. …

… But on women as “signifiers of femininity,” raised shoes initially appeared in Ancient Greece and Rome, according to Elizabeth Semmelhack of The Bata Shoe Museum. In Rome, where the sex trade was legal, high heels helped clients identify prostitutes in crowds.

Gueguen’s study had 19-year-old female volunteers wearing black shoes with heels that were 0.5cm (0.2 inches) or 5cm (2 inches) or 9cm (3 1/2 inches) high. Then they asked men between the ages of 25-50 for help in various circumstances.

One situation involved a woman asking passers-by: “Excuse me, sir. We are currently conducting a survey on gender equality. Would you agree to answer our questionnaire?” Flat heels got a 46.7% answer rate, medium heels a 63% rate and the highest heels a whopping 83% success rate from the men.

Nowadays, the most fashionable heels on the runways and in nightclubs are higher still – with spiked heels commonly measuring 10 cm (4 inches) and extreme heels, dangerously, above 13 cm (5 inches).

Medically, high heels can cause back pain and increase the risk of ankle injuries. Prolonged heel wearing can even permanently shorten calf tendons.

And in social terms, women’s rights advocates have objected to high heels, saying they reinforce a misogynist stereotype: women as sex objects to be ogled by men. ….

“Heels don’t subordinate women – they empower them in romance,” said [Jean-Claude] Kaufmann. “The important thing to remember in seduction is that it’s all a game.”

Most young men don’t really grasp the influence women exert over them depending upon shoe choice. One of my roommates in college was a guy named Ronnie, whose father owned a shoe factory in Dallas. He was always pointing out to the rest of us women-and-their-shoes things that we would never have noticed, such as that the Playmate of the Month was wearing five-inch heels. At the time, it seemed either weird or self-serving of him, but looking back, it’s more like he was the only one of us not very worldly youths to have any insight into the subject.

When I was at Rice U., a science and engineering-oriented school along the lines of MIT, there were three boys for every two girls among the undergrads. When I was 26, I went back to Houston for the 5th year reunion. We alums dropped by an undergrad dance at Rice and we were all puzzled by why the young ladies were so short compared to the ones we would see on a Saturday night in Chicago or Dallas or wherever. We kicked this around for quite awhile — Surely, girls didn’t keep growing in height into their 20s? Why would Rice coeds be particularly short?

Finally, I figured out the answer: because of Rice’s male surplus, the coeds didn’t bother putting on uncomfortable high heels, even for a Saturday night dance. They just wore sneakers to a dance. In contrast, all us alums were used to post-Rice environments where women needed to put in more effort to look attractive and interested in men: e.g., by wearing high heels when going dancing.

That raises a broader issue: the conventional wisdom is that all semi-elite institutions like Rice U. must become (at least) 50% female so that women don’t lack “power.” But when women undergrads were a minority at Rice they had so much Scarcity Power that they didn’t need the discomfort of High Heel Power.