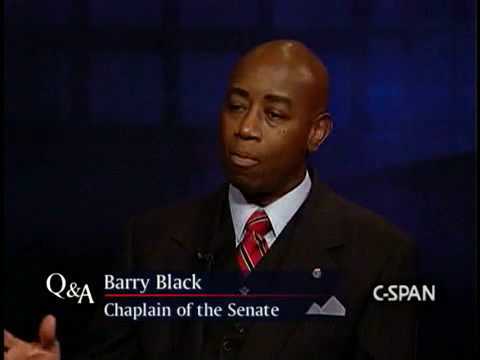 Barry Black is the first African-American Chaplain of the United States Senate. He's the former Chief Of Chaplains for the US Navy, and seems like a good guy—very much not Jeremiah Wright. AP did a story about him, [Lawmakers turn to faith leaders By Christine Simmons, July 13, 2010]and it's mentioned on GetReligion's blog. The premise of GetReligion is that the press doesn't Get Religion. Here at VDARE.com we also notice that they don't "get" race or national identity, either—GetReligion writes

Since 1789, Black is the first African-American, the first Seventh-day Adventist and the first military chaplain to serve as chaplain of the U.S. Senate—all facts left out of the AP stew.

In biographical and announcement stories, particularly when they involve a feat or appointment that has not routinely been associated with members of a particular race. [I. E. the "first black" to do something good is relevant. The thousandth black to commit an armed robbery is not.]

It's amazing that they could do a story about him and not mention his race. He was elected Chaplain of the Senate in 2003, by the way, during the Bush Administration.