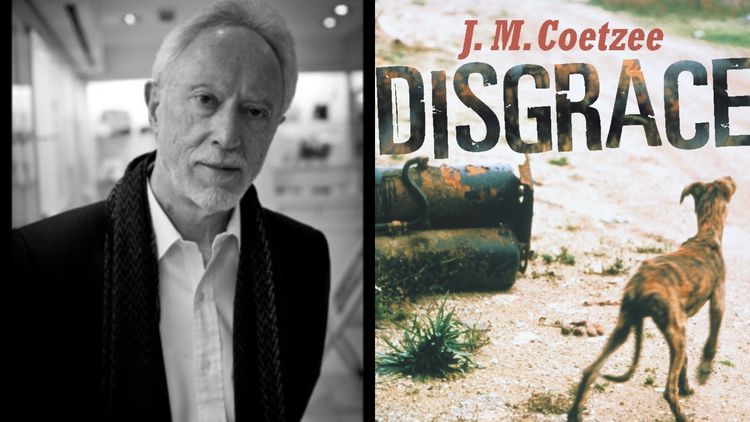 One reader commented upon my review of Disgrace, the film adaptation of J.M. Coetzee's Nobel-winning novel with John Malkovich as a South African literature professor and aging Don Juan who retires in disgrace to the countryside to write an opera about the Italian adventures of Lord Byron, author of Don Juan:

"OK, that was the most depressing movie review I've ever read."

So, let me recount a happier story. 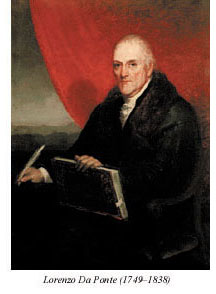 Coetzee almost certainly found some inspiration for Disgrace in the amusing career of Lorenzo Da Ponte (1749-1838), a rogue who constantly found himself banished in disgrace, only to re-emerge triumphant in a new city. But Da Ponte's life is much too upbeat a story for a man of Coetzee's misanthropic temperament to cite directly. So, Coetzee's character, David Lurie, the Cape Town Casanova, lives out the miserable inverse of Da Ponte's absurdly buoyant life story.

Da Ponte was born Emanuele Conegliano, son of a Jewish tanner in a ghetto in the Republic of Venice. Da Ponte converted to Roman Catholicism and took the name of the bishop who baptized him at age 14. He was ordained a Catholic priest, but, even by 18th Century Venetian standards, Father Da Ponte's piety was suspect: he hung out with Casanova, had three children by a lady of dubious virtue, and opened a brothel. The pimp priest was banished in disgrace from Venice.

He arrived in Vienna and talked himself into the job of royal Poet to the Theaters. He struck up a working relationship with Mozart, and wrote the librettos for The Marriage of Figaro, Cosi fan tutte, and Don Giovanni. (Casanova appears to have offered suggestions to his old friend Da Ponte for this last and greatest effort with Mozart). Although we don't know much about the inner workings of their collaboration, it appears that da Ponte had the good sense to let Mozart take the lead.

With the deaths of Mozart and the Emperor, Da Ponte's popularity in Vienna waned, especially after running off with another man's wife. He wound up in London, where he may or may not have married a Jewish lady with whom he had five children. They presented themselves as Anglicans. Da Ponte went broke in England. To stay out of debtor's prison, he fled to the new American republic, where he went into the grocery business.

But, even in old age in provincial America, he still had a knack for making friends who were culturally influential. Granted, Clement Moore was a less glittering figure than Casanova or Mozart, but the author of "Twas the Night Before Christmas" (which codified the American Santa Claus) got the 76-year-old Da Ponte the job of Professor of Italian Literature at Columbia. Da Ponte is sometimes said to have been Columbia's first Jewish professor and its first professor who had been a Catholic priest.

He was a popular and influential figure, introducing New Yorkers to the glories of Dante and Rossini. At 79, Da Ponte became an American citizen, and at 85 he was instrumental in the construction of the first dedicated opera house in the U.S.

Although the dying Don Giovanni, like Coetzee's David Lurie at his sexual harassment hearing, had refused to repent, Da Ponte was more prudent. A 1957 Time review of a Da Ponte biography says:

Da Ponte died in 1838 at 89 and his passing was a grand operatic spectacle: with his magnificent head upon a sea of pillows, he lavishly blessed a weeping troupe of opera singers who knelt around his bed. At the very last moment he summoned a Roman Catholic priest, who received the old Jewish-Catholic-Anglican back into the fold.

He was given a huge Catholic funeral at old St. Patrick's Cathedral.