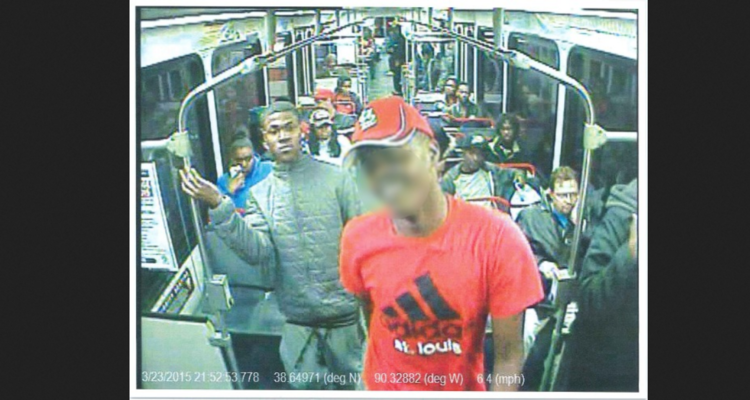 The media's lies about "HandsUpDonShoot" are the gift that keeps on giving.

A MetroLink beating captured on video is now lighting up social media in St. Louis.  Viewers sent the video to FOX 2 on Twitter and Facebook pageslooking for answers.  Police say the beating happened on Monday evening at 9:54pm.  The victim, a 43-year-old white male,  tells investigators that a question about Mike Brown sparked the incident...

The victim took the train to to Central West End and waited for police to arrive. He told investigators that he was seated on the train when he was approached from behind.  The man in the red hat and shirt asked for his cell phone.  The victim refused.

The suspect in the red hat then asked the seated man what he thought of the Mike Brown situation.  The victim says he hadn’t put much thought into it.  He tells police that is when the man in the red hat started beating him.

And just remember, this isn't the failure of the State to maintain order.  This is policy.  If the man had defended himself, or if he had used a gun, the suspects in this video would be the new "Gentle Giants" and Civil Rights Heroes.