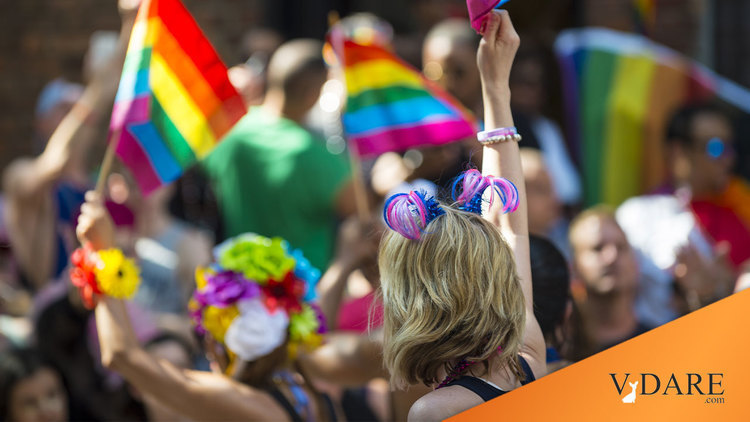 Andrew Sullivan: "The Idea That Marriage Equality Is Behind A Sudden Drop In Marriage Rates Is Silly"

Andrew Sullivan carries on dredging up my ideas in order to deny them, first about gay marriage and epidemics like monkeypox, now with my 2005 worry that gay marriage might make straight marriage less popular:

Way back in 2005, I wrote in The American Conservative:

Straight flight raises a seldom-asked question about the push for gay marriages, or, more precisely, gay weddings. The average young groom finds preparing for his wedding to be a grueling, months-long odyssey through an alien and threatening feminine landscape. At least though, being a groom is a guy thing, not a gay thing. But if gay men become some of the most flamboyant participants in weddings, will more of the vast majority of straight men who aren’t metrosexuals just decide to skip the whole punishing process and stay single? If this drives up the illegitimacy rate, society as a whole will suffer. [More]

Is that happening? Beats me. All sorts of other things have been going on as well, so I wouldn’t know how to begin to disentangle causation. But this 17-year-old worry of mine doesn’t seem to have been falsified yet.