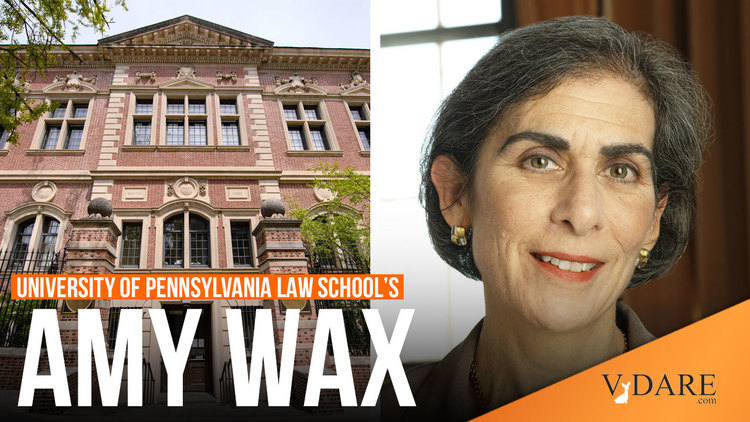 Amy L. Wax, a tenured professor at the U. of Pennsylvania Law School, writes in The Dead End of 'Disparate Impact' in National Affairs:

Contrary to the Supreme Court's assumption in Griggs, the comparative power of IQ extends even to relatively uncomplicated positions requiring modest skills, such as clerical or retail work. What this means is that hiring on the basis of intelligence — as opposed to other, non-cognitive personal attributes or talents — will almost always produce better-performing workers.

As for alternatives to written tests, it is revealing that no relevant research findings were adduced (either by New Haven or in the amici briefs for the city's case) to support the assertion in Ricci that alternative job screens can achieve better results while promoting diversity. Although studies show that written tests of job knowledge are robust predictors of performance in public-safety jobs like policing and firefighting, "assessment center" procedures like those touted in the Ricci briefs rarely achieve comparable validity. And even when such procedures reduce adverse impact, the effects are usually too modest to satisfy legal standards. All told, there is essentially no credible evidence that "better" selection methods — ones that are equally or more valid but have less adverse impact — exist or can be readily devised.

This is not for lack of trying. An entire cottage industry is now devoted to refining personnel selection with the goal of increasing work-force diversity without compromising an employer's search for the most able employees. This quest has spawned a voluminous literature; the basic approach in nearly every case is to de-emphasize the academic and analytic measures on which minorities lag behind in favor of other abilities that yield smaller or non-existent racial differences.

This work has produced uniformly disappointing results. Except in highly specialized circumstances or in staffing for the least competitive jobs, adopting alternative screening methods that minimize the significance of abilities related to intelligence almost always results in the selection of less capable workers. The reason is simple: The paucity of non-Asian minorities in competitive positions reflects real differences in human capital and skill. Thus changing entry requirements to create a more diverse work force, including scrapping existing civil-service exams, will generally not result in a more qualified work force. For now, the diversity-validity tradeoff remains the iron law of personnel selection.

The bottom line, therefore, is that most employers who engage in genuinely meritocratic skill-based hiring using a broad range of valid personnel practices will fail to meet the disparate-impact doctrine's threshold diversity targets. Indeed, as IOP experts Paul Sackett and Jill Ellingson have observed, most employers have no hope of even coming close to satisfying the Griggs four-fifths requirement. Group performance differences, or d values, commonly viewed as small — for example, 0.2, which is far lower than the one standard deviation black-white difference in pure tests of cognitive ability — can produce violations of the four-fifths rule in even modestly competitive hiring situations. This means that businesses that strive to hire the best workers will routinely violate the four-fifths proportionality rule for minority hires and thus expose themselves to potential disparate-impact challenges.

The disparate impact racket is four decades old now, but what percentage of the intelligentsia even knows it exists (as opposed to affirmative action in college admissions, which is vastly more discussed but probably far less important)? Five percent? And what percentage understand it?

Maybe it helps to be as smart as Amy Wax to grasp it. Here's her bio:

A native of Troy, New York, Amy Laura Wax received a B.S. summa cum laude in molecular biophysics and biochemistry from Yale in 1975. She was then a Marshall Scholar in Philosophy, Physiology, and Psychology at Somerville College at Oxford University. She earned an M.D. from Harvard Medical School in 1981, training as a neurologist, and received a J.D. from Columbia in 1987, where she was an editor of the Law Review. She was a Law Clerk to the Honorable Abner J. Mikva, U.S. Court of Appeals for the District of Columbia Circuit from 1987-88. From 1988-94, she served as Assistant to the Office of the Solicitor General in the U.S. Department of Justice, where she argued 15 cases before the United States Supreme Court. Wax was a member of the Legal Affairs Committee, American Academy of Neurology from 1986-1992. In 1994, she joined the faculty of UVA. She taught courses in civil procedure, labor law, and poverty law and welfare policy. She became Class of 1948 Professor of Scholarly Research in Law from 2000-01. After becoming a visiting professor to Penn Law School in 2000, she joined its faculty in 2001.