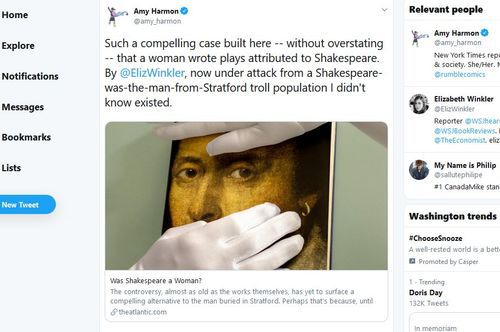 Such a compelling case built here -- without overstating -- that a woman wrote plays attributed to Shakespeare. By @ElizWinkler, now under attack from a Shakespeare-was-the-man-from-Stratford troll population I didn't know existed. https://t.co/1E24kfuh0h 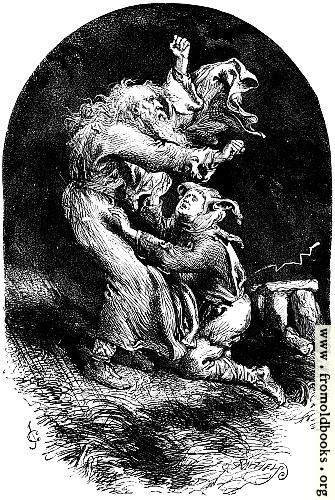 Dear Amy Harmon: I suspect that the awful James D. Watson is another one of these crackpot extremists who believes that Shakespeare’s plays were most likely written by Shakespeare instead of by a Jewish woman named Emilia Bassano.

Can’t the New York Times do even more to humiliate Watson? For example, why is Watson even allowed to live indoors?

In Emilia Bassano’s famous tragedy “King Lear,” Lear is forced to live outdoors on the blasted heath with just a Fool for company. Can’t the New York Times do something so that nonagenarian James D. Watson no longer has a roof over his head?