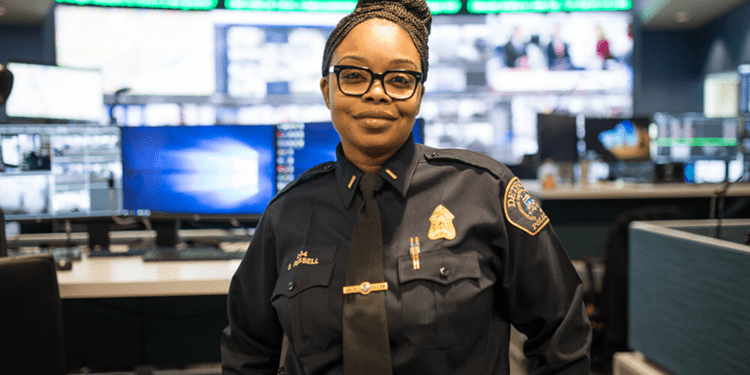 Amy Harmon: Cameras, Facial Recognition Software Cause Too Much Scientific Objectivity in Detroit

About a decade ago began the World Star Hip-Hop Era of cameraphone video of birthday party brawls at Chuck E. Cheese. In response, the Establishment launched the popular meme that Real Soon Now there’d be a lot of video showing that Trayvon and Michael Brown were gunned down by racist whites like George Zimmerman while minding their own business. President Obama announced that the solution to white racist oppression of blacks was lots more video, such as cop body cameras.

Now it’s 2019 and we now have lots of video, like this new fistfight at Disneyland’s Toon Town. The weight of this colossal amount of video looks like World Star Hip-Hop was more or less right and all the furrowed brow concern of Barack Obama and Eric Holder about how video would capture white racism was misleading.

So now, Conventional Wisdom (as embodied in Amy Harmon of the NYT) is shifting toward the idea that we have too much video evidence:

As Cameras Track Detroit’s Residents, a Debate Ensues Over Racial Bias
Studies have shown that facial recognition software can return more false matches for African-Americans than for white people, a sign of what experts call “algorithmic bias.”

The surveillance program, which began in 2016, is the opposite of covert. A flashing green light marks each participating location, and the point of the popular initiative, known as Project Green Light, has been for the cameras to be noticed and help deter crime. Detroit’s mayor, Mike Duggan,

Detroit now has a white mayor.

received applause when he promised at his State of the City address earlier this year that expanding the network to include several hundred traffic light cameras would allow the police to “track any shooter or carjacker across the city.”

But in recent weeks, a public outcry has erupted over a less-touted tool employed in conjunction with the cameras: software that can, in a matter of seconds, suggest the identities of the anonymous people captured on video.

The facial recognition program matches the faces picked up across the city against 50 million driver’s license photographs and mug shots contained in a Michigan police database. The practice has attracted public attention recently as the department seeks approval for a formal policy governing its use from a civilian oversight board.

“Please, facial recognition software — that’s too far,” pleaded one resident at a recent meeting of the board.

The debate in Detroit is one of several unfolding around the country as rapid advances in facial recognition offer potentially disquieting new powers to a surveillance infrastructure that Americans have largely accepted as a fact of urban life. Immigration officials have mined driver’s license databases in at least three states, according to newly released records. …

In Detroit, whose share of black residents is larger than in any other sizable American city, it is a racial disparity in the performance of facial recognition technology that is a primary source of consternation.

Researchers at the Massachusetts Institute of Technology reported in January that facial recognition software marketed by Amazon misidentified darker-skinned women as men 31 percent of the time.

Others have shown that algorithms used in facial recognition return false matches at a higher rate for African-Americans than white people unless explicitly recalibrated for a black population — in which case their failure rate at finding positive matches for white people climbs. That study, posted in May by computer scientists at the Florida Institute of Technology and the University of Notre Dame, suggests that a single algorithm cannot be applied to both groups with equal accuracy.

But, but … Race Does Not Exist!