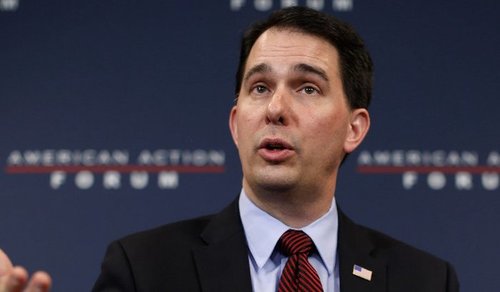 What Walker has to say is a complete muddle, but I don't think this distinguishes him from the field of politicians who are, in overwhelming percentages, dumb as a stump on immigration.  (Senator Jeff Sessions [R-AL] is the exception that proves the rule.)

Anyway, early in the article, author Johnson refers casually to "what everyone now acknowledges is a broken immigration system," which suggests that he, too, falls into the dumb-as-a-stump bin.  (The system isn't the problem; it's the suppression of enforcement that's led to the current, and longstanding, chaos.)

Several of the commenters at Johnson's article have picked up on this point, including one named "eloris," whose contribution included this:

I want the phrase "broken immigration system" hauled out and shot. Then strangled, shot again, run over with a car, and immolated.

It'll never be said better than that!