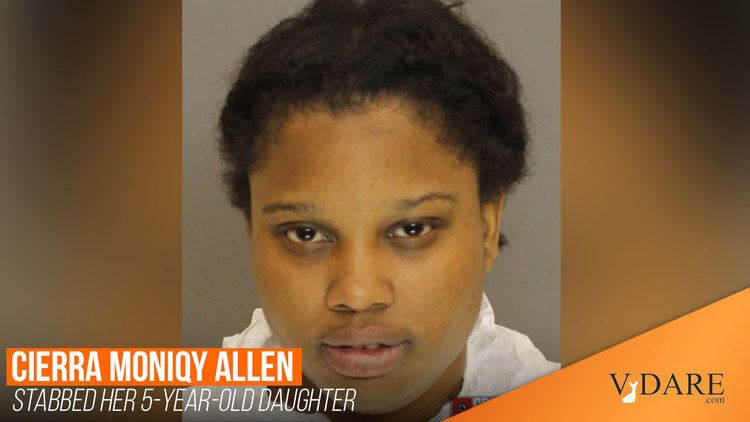 All The Reports Of “Racism” Ignore Bad Black Behavior 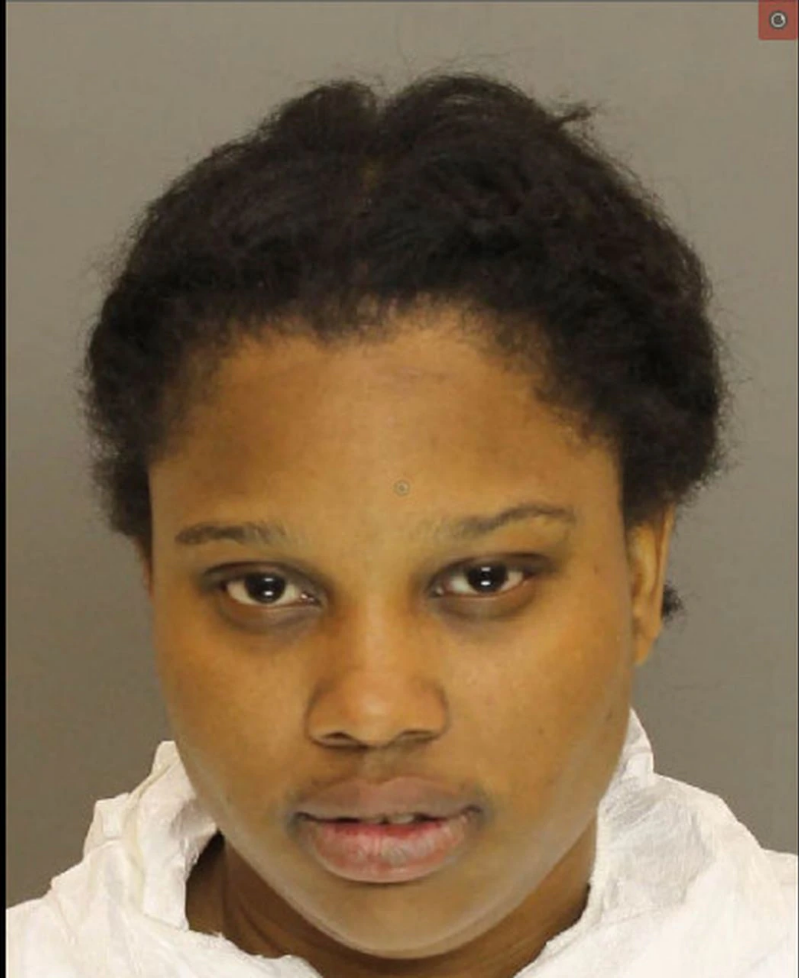 Cierra Allen, a black woman, lived in York, Pennsylvania with her two children. She stabbed her 5-year-old repeatedly several days ago. The girl's 9-year-old brother witnessed the assault and described it to his grandmother by phone.

The girl was taken first to a local medical facility in York by her grandmother. The child was then transferred to a special care unit in Hershey, Pennsylvania.  She is in critical condition [‘Mommy did it’:  Boy, 9, says he watched his 5-year-old sister’s stabbing, PennLive.com, April 15, 2021].

The older brother of the girl called his grandmother for help which suggests that  no father is involved in the children's lives. This is not a surprise as seventy percent of black women who give birth in America are unmarried. This has been going on for years and years. The data comes from birth certificate information collected by the National Center for Health Statistics, a division of the Centers for Disease Control.

Unmarried black parents are not the only problem not reported.

According to the CDC, maternal obesity has been linked to such conditions as diabetes, high blood pressure, caesarean delivery, preterm delivery and infant death.

This is a big deal but it is no news. We hear over and over about lack of good medical care for people of color but people of color, specifically blacks, are not taking good care of their own health.