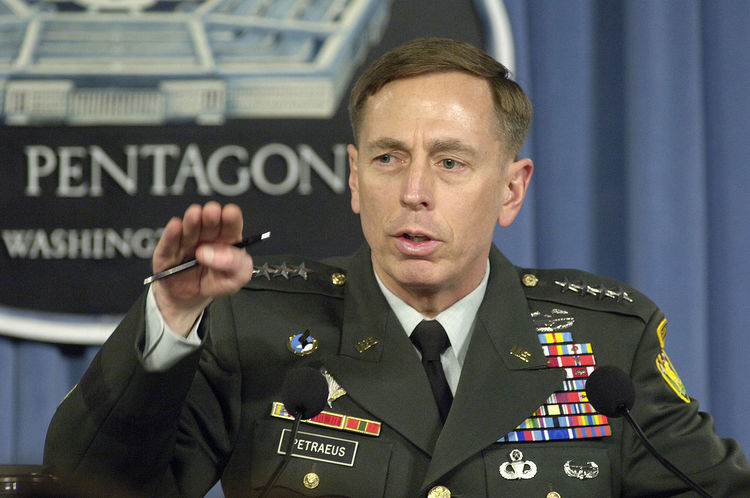 "All must have prizes"

But even military decorations have been increasingly handed out like so many CrackerJack prizes: look a the parsimony of fruit salad on the left breast of the top officers who led vast armies and massive fleets and won the largest and most complex of all wars, WWII - men such as General Eisenhower, Admiral Nimitz, Admiral Halsey, General Bradley - and you see maybe three, at most four, rows of ribbons; then look at the nine, ten, and eleven rows of ribbons on General Petraeus and Admiral McMullen, guys who've never led more than a handful of divisions and, by comparison with WWII's enormous fleets, small naval forces, and then only in what have chiefly been constabulary campaigns - these guys wear so many ribbons that, with no more room to stack them on the left breast, the rows of them have begun stacking up above their uniforms' right breast.

I don't have anything against Petraeus, but the contrast with this formal portrait of Raymond Spruance is striking. 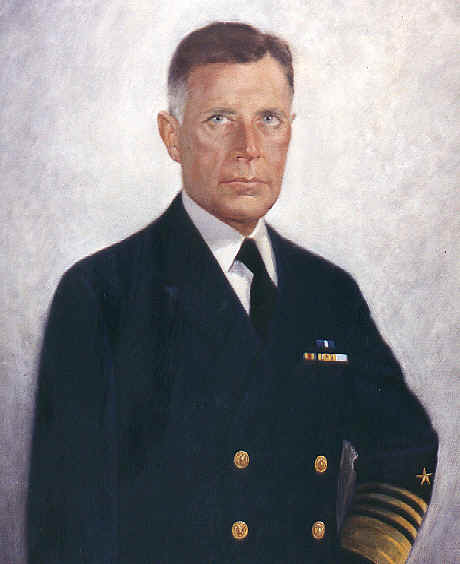 The self-effacing Admiral Spruance seems little remembered today outside of the U.S. Navy, but he is perhaps American history's greatest sea warrior. At the Battle of the Philippine Sea in June 1944, he demolished Japanese naval power once and for all. He had the advantage there and he exploited it with superb efficiency. Two years earlier at the Battle of Midway — Midway —, however, he won the Navy's most important victory ever, despite an advantage only in codebreaking. He also commanded the naval forces at Iwo Jima and Okinawa.

For this painting, Spruance wore one row of decorations.