Hillary’s money man Haim Saban’s Spanish-language Univision has an even better clip here of Alicia Machado luxuriating in the spotlight this weekend, and using the election campaign to introduce her eight year old daughter to the catwalk.

In contrast, English-language KCBS in Los Angeles dutifully emphasizes Machado’s quiet dignity in this clip, “Former Miss Universe Ignores Recent Swipes Made By Donald Trump,” which repeats the bizarre English-language media agreed-upon talking point that “fact checkers have not been able to find” her “sex tape.”

And yet, here’s Alicia being interviewed by Dom Francisco on Univision’s Sabado Gigante about the tape of her having sex on a reality show that broke up her relationship with baseball player Bobby Abreu.

For all I know, Alicia Machado having sex on tape with a reality TV show host may just be be the telenovela actress equivalent of professional wrestling kayfabe. I won’t attest to any of the various Alicia Machado scandals being real. Yet, as Sam Spade says to Bridget O’Shaunessy when explaining his reasons for turning her over to the cops, “But look at the number of them.”

From People Magazine this weekend:

The former Miss Universe, whom Hillary Clinton mentioned during the first presidential debate Monday, presented an award at the event while her 8-year-old daughter Dinorah showed off her inherited modeling skills in a pink dress and flower crown.

The Venezuelan-born beauty thanked her supporters when she presented the award for outstanding ensemble for makeup artist and hair styling.

Machado, 39, has been the subject of series of offensive tweets and commentary from Republican nominee Donald Trump, who once called her “Miss Piggy” for gaining weight during her reign as Miss Universe.

While the media have been congratulating each other and Hillary Clinton for how well they’ve all executed Operation Bimba, it’s starting to look like what’s really going on is Ms. Machado’s plan to establish a Latina Kardashian-style dynasty with her daughter. Granted, her daughter is only eight years old, but this isn’t your unvibrant white bread plain vanilla America anymore.

This is who we are.

Questioning why the Venezuelan telenovela actress was allowed to become an American citizen in time to vote for Hillary would violate the Zeroth Amendment that Americans don’t have a First Amendment right to freedom of speech over whether foreign adventuresses should be granted American citizenship.

Alicia Machado treated her daughter to a fun-filled day at Disneyland Resort in Anaheim, Calif. Being the daughter of a former Miss Universe, Dinorah Valentina Hernandez is a true princess. The beauty queen and Hernandez even met Snow White during the visit to the theme park. Check out the endearing photos below!

Machado recently moved to the Los Angeles area in an effort to make it big in Hollywood. The star of telenovelas like “Infierno En El Paraíso,” “Una Familia Con Suerte” and “Lo Imperdonable” reportedly had major projects in the works already. Machado has also signed a major book deal with one of the main U.S. publishers for a project to be announced soon.

Machado was recently on location in Spain, filming the international film ‘Juan Apostle: El Más Amado.” She was eager to return to her new home in Los Angeles, to start her new television projects, where we are sure to fall in love and laugh with this Latina bombshell, ready to prove that she is the next real woman with curves and talent.

Machado held the Miss Universe crown in 1996 and worked closely with Donald Trump. With the aforementioned the presumptive Republican presidential candidate, Machado has been a good insight into how the politician is behind closed doors. “It was a harsh year for me,” she recounts. “I was Trump’s first Miss Universe right when he bought the contest, and things did not turn out pretty. I wouldn’t trust him with my daughter, neither with my country.”

Machado has been critical of Trump. “I stayed quiet for years,” the former Miss Universe told Latin Times. “People nowadays ask me, ‘Why now?’ Well, because now I am a mother, I am American, I am an actress, I’m not afraid, I have a career, the love of the public…I am a mature woman. Also, this mister wasn’t thinking about running for President when I met him. I never thought someone so detestable could potentially be the next President of the United States.”

But what exactly is her little girl’s last name? In these creepy pictures, Alicia calls her “Dinorah Valentina Hernandez.” According to Alicia, the father is “Rafael Hernandez Linares,” a respectable businessman from Jalisco, who, she says, was 48 years old in 2009. In 2013, sadly, Alicia announced to the press that she had discovered he was a “scoundrel.”

But here’s the best picture I’ve been able to find of Rafael Hernandez Linares of Jalisco: 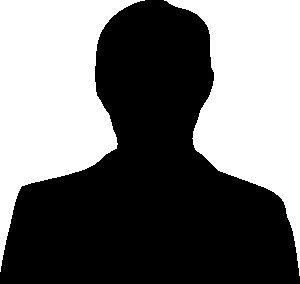 This is not to say that Alicia Machado just made him up.

On the other hand, the government of Mexico says the father of Alicia’s child is narco cartel leader Jose Gerardo Alvarez Vasquez, a.k.a. El Indio, who was captured in a giant shootout in 2010 down the street, oddly enough, from President Calderon’s house.

The United States government put a $2 million bounty on Alvarez’s head in 2008. I can’t find anything about whether this $2 million was paid out, much less to whom. The witness whom the Mexican Attorney General said was their source that the father of Alicia Machado was the notorious sicario Alvarez was rubbed out in 2009.

But in at least two instances in private life, Alicia Machado appears to refer to her daughter as Dinorah Valentina Alvarez Machado. Gotnews found this 2014 Miami-Dade county document last week:

On the other hand, this Alvarez-Machado might be somebody of the same age as Alicia Machado’s child who happens to be a completely different individual with, coincidentally, a remarkably similar name.. Or perhaps the real father of Alicia’s child happens to be somebody named Alvarez who isn’t the notorious hitman. Or perhaps the father of Alicia’s child is a relative of the assassin, say, a brother of the cartelista who happened to come into, say, a $2 million windfall.

Who knows? I sure don’t.

I’m not going to say anything bad about Alicia Machado. After all, look what happened to the witness whom the Mexican government says ratted her out to the Mexican authorities, Edgar Enrique Bayardo.

Edgar Enrique Bayardo, a former federal police commander, is shot to death in a Mexico City coffee shop. His is the second recent death of a high-profile informant sharing details on drug cartels.

Reporting from Mexico City — It’s risky being a so-called protected witness, especially when the targets of the criminal investigations are members of powerful Mexican drug cartels and dirty cops.

The government’s witness protection program faced new questions Wednesday after the fatal shooting in a Starbucks of a former federal police commander who turned informant after his arrest last year for suspected drug ties.

Edgar Enrique Bayardo reportedly had been providing Mexican authorities with information on traffickers based in the northwestern state of Sinaloa before he died Tuesday in a hail of gunfire here in the capital.

Federal officials confirmed that Bayardo was a “collaborating witness,” but declined to provide more details. Mexico City authorities said Bayardo was hit by at least six bullets when a pair of attackers burst into the Starbucks in a well-to-do neighborhood called Del Valle.

But that’s not the important thing. The important thing is, as Hillary explained in the climax of the debate, that Alicia Machado was fat-shamed and now is a citizen and can vote for Hillary.