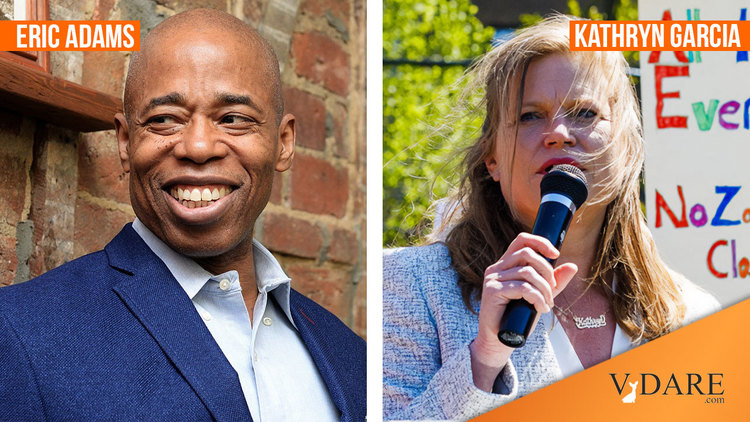 After Only A Week Of Counting, We Are Starting To Get Close To Learning, Hazily, Who Might Have Won Last Week's NYC Mayoral Primary

It’s only been a single week since the New York City Democratic mayoral primary and, now, thanks to the marvels of modern high tech information processing systems, we are already getting a hazy idea of who may have come in first:

NYC MAYOR RANKED CHOICE RESULTS ARE UP! (only early + in-person votes, no absentees yet)

This is a real race folks. The uncounted absentee ballots have the potential to put Garcia over the top.

Seriously, why do elections in the U.S. in the 21st Century take so incredibly much longer to count than they did in the 20th Century or they do in other countries, such as Brazil?

If this were a British general election, the losing prime minister would have been expected to have moved out of Number 10 Downing Street by four or five days ago. What is going on in the U.S. that is turning vote-counting into such confidence-sapping marathons?

Elections 2.0: Sources tell me the Board of Elections is going back to the drawing board and running corrected ranked-choice numbers tomorrow. About 130,000 “votes” were part of a test-run that were never cleared from a computer.