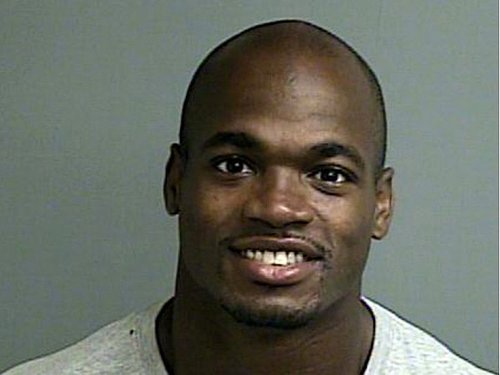 Lex at What Would Tyler Durden Do points out the logical weirdness in the current condemnation of all-world NFL running back Adrian Peterson for beating one of his four year old sons with a stick in a rare attempt at interacting with one of the uncertain but no doubt large number of children he has spawned, while giving a pass to Peterson procreating at random.

Adrian Peterson Defenders Don’t Get It

I’m all for leaving the government out of the bedroom, the bathroom, and the shed where you whip your boy with deciduous branches. … But Adrian Peterson isn’t really a dad. He’s a football player who likes to stroke his ego by impregnating women so the world may know the power of his seed. … He didn’t even know he had one kid until that kid was beaten to death. He may have as many as seven kids around the country.

Every summer Peterson hosts a Meet Dad Camp at his estate in Texas where his multitude of bastards get a couple weeks bowing down to the peacock before receiving some Vikings swag and a Greyhound ticket back to their moms. Just because you pay the court ordered child support and you like to brag about your reproductive powers doesn’t make you dad. Charles Barkley says all the black dads in the South whoop their kids like this. Great. … Make the Lorax weep with all the trees you fell just to make the perfect switch. But you can’t lacerate your rent-a-kid the day before he’s packed in the FexEd box and delivered back to his real home. Get some perspective. Adrian Peterson isn’t a throwback disciplinarian. He’s just a pretend dad who likes to hit kids with real sticks.