It’s becoming clear that the Obama bunch has been planning the imperial distribution of work permits to illegal aliens for some time, despite the squeals that Republicans were being obstructionist toward the foreigners languishing in the shadows. In October, the administration began organizing the production of the physical work permits, and now the hiring has begun for the bureaucrats to handle the auto-processing of the foreign lawbreakers.

In the video below, Washington Times reporter Stephen Dinan noted, “Of the thousand or so positions they’ve advertised, only seven of them are actually fraud detection staff, which suggests that less than one percent of these people are going to be actually charged with trying to spot fraud in the millions of applications.”

In other words, the administration is saying, “Welcome, cartels gangsters, generic criminals and jihadists!” Public safety and national security apparently mean nothing to the current regime. 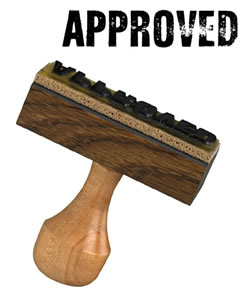 It has just been discovered today that the Obama Administration is now opening a new USCIS facility in Crystal City, Virginia, for the purpose of immediately implementing the President’s imperial immigration decree. They are in the process of hiring 1,000 full-time staff to quickly approve applications for the President’s illegal amnesty, which will provide work permits, photo IDs, Social Security, and Medicare to illegal immigrants—all benefits rejected by Congress. This action will mean that American workers, their sons, their daughters, their parents, will now have to compete directly for jobs, wages, and benefits with millions of illegal immigrants.

This facility is a clear symbol of the President’s defiance of the American people, their laws, and their Constitution. He is hiring federal employees to carry out a directive that violates the laws Congress has passed in order to foist on the nation laws Congress has repeatedly refused to pass.

Department of Homeland Security officials wasted little time in ramping up for President Obama’s amnesty, posting 1,000 job openings the day after his announcement and announcing it already has space for hundreds of employees at a new location in Arlington, Virginia — an indication that it had laid its plans well before Mr. Obama’s announcement.

And even though Mr. Obama said his policy is temporary, U.S. Citizenship and Immigration Services is hiring the employees for permanent positions, at salaries of up to $157,000 a year, according to the job postings listed on the official federal jobs website.

“USCIS is taking steps to open a new operational center in Crystal City, a neighborhood in Arlington, Virginia, to accommodate about 1,000 full-time, permanent federal and contract employees in a variety of positions and grade levels,” the agency said in an internal email to employees on Monday. “The initial workload will include cases filed as a result of the executive actions on immigration announced on Nov. 20, 2014.”

A number of the job openings were posted the day after that Nov. 20 announcement, and those postings have already expired, suggesting the agency already has filled some of the slots.

In a statement, USCIS said it was trying to get its operations in order for when it begins to collect applications.

“Increasing staffing will ensure that every case received by USCIS receives a thorough review under our guidelines,” the agency said late Wednesday.

But Ken Palinkas, head of the labor union that represents USCIS employees, said he couldn’t see any way that the agency could hire enough good people in time to process the millions of applications that are expected.

“I can’t see how they could,” he told The Washington Times. “I think what they’re leaning toward is just getting the paperwork done regardless of who does it. You have to vet these people.”

The employees will need to undergo checks, and some will require security clearances, which is an even longer process.

Mr. Palinkas said the large scale of the hiring and the new office space suggests to him that the White House had its plans in place for some time ahead of Mr. Obama’s announcement last month.

Sen. Jeff Sessions, an Alabama Republican who has taken the lead in fighting Mr. Obama’s policy, said the new facility in Virginia is “a clear symbol of the president’s defiance of the American people, their laws and their constitution.”

“He is hiring federal employees to carry out a directive that violates the laws Congress has passed in order to foist on the nation laws Congress has repeatedly refused to pass,” Mr. Sessions said in a statement.

Mr. Obama’s program envisions nearly 5 million illegal immigrants would be eligible for “deferred action,” which entails a proactive promise that they won’t be deported, a work permit to allow them to compete for jobs and the ability to get driver’s licenses in most states.

The White House says the program is a recognition of the reality that most of those illegal immigrants won’t ever be deported, and carving them out officially will leave immigration agents free to go after the few serious criminals among the illegal immigrant population.

Louis D. Crocetti Jr., who used to run USCIS’s fraud unit until he retired in 2011, said for the agency to properly ramp up its new policy, hire and train staff would take about a year. That’s far longer than the time frame the Obama administration has talked about.

“I don’t see how they could possibly recruit, hire, screen, go through all the national security background checks and train everyone within six months,” said Mr. Crocetti, who is now principal at the Immigration Integrity group. “That would be a very, very steep challenge, one that could only result in consequences of poorly trained staff.”

Mr. Crocetti said fraud will be a major problem for the new amnesty — though just how big is anyone’s guess, because the administration has turned a blind eye to those warnings, he said.

He said the administration had a chance to test out its policies with the 2012 deportation amnesty Mr. Obama announced for so-called dreamers, of which more than 600,000 have been granted.

That program, known as Deferred Action for Childhood Arrivals, has an approval rate of more than 95 percent — an astronomically high percentage for an immigration benefit, according to analysts.

But Mr. Crocetti said the administration has declined to do the kinds of compliance or fraud checks that would determine whether bogus applications are being approved.

“The DACA was a golden opportunity for CIS to build this thing and get it right and iron out the wrinkles and be prepared for that one-day large amnesty program, which is inevitable — and they didn’t do that,” he said. “They didn’t address the fraud.”

He said part of the problem is the very mission of USCIS, which is tasked with doling out immigration benefits. Senior officials at the agency judge it based on approvals, so it’s “not helpful” if the fraud detection unit comes out with assessments showing problems in some immigration programs.

“There is an internal conflict of interest where you’ve got a benefit agency that has to give the benefits to the people, but at the same time they’re vulnerable if they start showing how much fraud there is, because what about the fraud they’re not catching?” he said.

He said it’s been “years” since a fraud assessment was completed. He recalled one fight with senior officials during his time at the agency when he detected a 21 percent fraud rate in immigration petitions related to marriage — only to see higher-ups question his methodology, scuttling the report’s release.

On Tuesday, while testifying to Congress, Homeland Security Secretary Jeh Johnson acknowledged that fraud was a concern.

“Fraudulent applications have the potential to undermine the whole process,” he told the House Committee on Homeland Security. “In the planning for the implementation, I want to be sure that we take a hard look at best practices to avoid fraudulent applications, fraudulent misuse of the program. That’s a priority of mine.”

Immigration services officers fresh out of school are slated to make as little as $34,415, while top-level supervisors will make up to $157,100 a year. The postings said there are “many vacancies” for those high-level jobs.