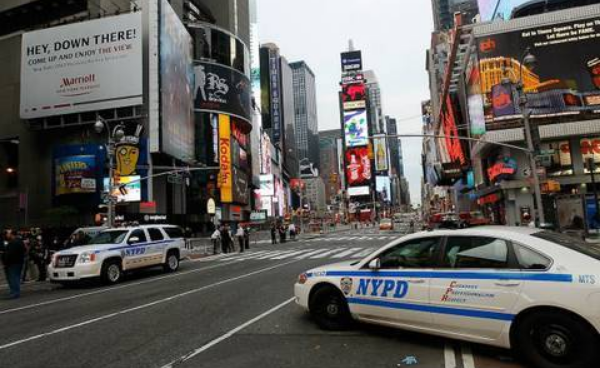 A Tale of Two Jurisdictions: Arizona vs. New York City

Consider: two wildly different communities face an escalating crisis of violence against public safety. Both conclude that the federal government’s response to the foreign source of the worsening chaos is insufficient, so they decide to ramp up local enforcement.

One, Arizona, is condemned in the most excoriating manner by liberal elites and media for taking pro-active posture in fighting illegal immigration and concurrent violent drug smuggling. The other, New York City, is praised by the same voices as being exemplary in protecting its people even though it similarly moved onto federal turf because Washington hasn’t done the job.

Recent remarks from the Stratfor intelligence company emphasized how New York City police have taken on federal responsibilities against foreign and Islamic terrorism (my transcription below):

Quick Take: The Politicization of the Time Square Investigation (Youtube), May 3, 2010

So you have a police department that is very aggressive and has detectives stationed in many cities around the world that frankly infuriates the State Department and the FBI because they are running outside the US government. The US government can’t control who they meet with and the information flow.

The New York City police department could care less; their mission is to protect the city.

Funny, when Arizona leaders decided their mission was to protect the state, they got nothing but condemnation.

And at the head of the pack of Arizona scolds… New York City Mayor Michael Bloomberg, who warned of dire consequences in an April 28 op-ed:

While Arizona may suffer, as long as those visitors and investors still come to America, the country will be fine. In fact, we hope more of them come to New York, where we would welcome them with open arms.

But if some of them stop visiting and investing in America, and if other states follow Arizona’s lead – as some are now discussing – the economic consequences will be felt in middle-class communities across the country.

American citizens would lose jobs as businesses downsize, and governments with lower tax revenues would lay off teachers, firefighters and police officers. As a result, our country would have a harder time climbing out of the national recession.

So New York assures one and all that public safety is job #1 in the city (to keep the tourists coming), but Arizona should not be allowed the same right to knock down crime and terrorism, according to the Mayor.

That’s both wrong and hypocritical. Both visitors and Arizona residents deserve public safety as much as New Yorkers.