Another white member of the Baltimore city government was attacked by a pack of black youth in the 70 percent black city.

Greg Sileo, who actually is paid by taxpayers to oversee various "anti-violence programs at the Health Department" was attacked in broad daylight at 1 p.m. on a weekday by four black youth and brutally assaulted. 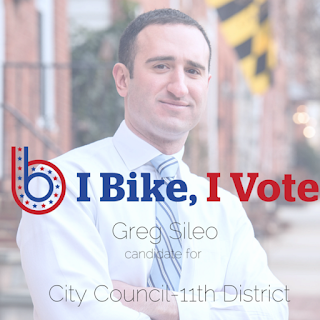 Employed by the city government of 70 percent black Baltimore to oversee "various anti-violence programs," Greg Sileo was assaulted by four black youth at 1 p.m. on a busy street...

Two more suspects were arrested in connection with an unprovoked attack on a 33-year-old Baltimore City Health Department employee downtown.

Surveillance video captured the assault and robbery of the victim around 1 p.m. on June 9 at Baltimore and Commerce streets, police said. Police said tips from the community started rolling in as soon as the first surveillance video was released.

"One piece of it started the entire ball rolling, and we were able to close that," Chief Stanley Branford said.

Two more 16-year-old suspects — Dewayne Lashley and Steven Chalk — were arrested Wednesday morning, police said. Their booking photos have not yet been released by police.

This white guy was attacked at 1 p.m. on a weekday in downtown Baltimore (a 70 percent black city) and he is employed to oversee various "anti-violence programs at the Health Department."

An assistant city health commissioner who oversees anti-violence initiatives was assaulted Friday in downtown Baltimore on his way back to work after having a sandwich for lunch.

Greg Sileo, who is recovering from multiple facial fractures, swelling and bruising, said he does not remember the attack, but according to police, he was assaulted at 1 p.m. by a group of juveniles at Baltimore and Commerce streets. The teens took his two cellphones and his wallet, Sileo said.

"I think we need to look into what is causing people to engage in this kind of behavior," Sileo, 33, said Saturday after being discharged from the Maryland Shock Trauma Center. "A couple of young guys stealing my cellphones and ending up in jail doesn't seem to be worth it."

Sileo, who ran for a South Baltimore City Council seat last year, oversees various anti-violence programs at the Health Department, including the Office of Youth Violence Prevention and Safe Streets. He also is president of the Locust Point Civic Association.

Remember what happened to Rikki Spector, an 80-year-old a white female member of the Baltimore City Council who found herself carjacked and viciously assaulted by two black "teens" (13 and 15 years old) inside her secure parking garage?

It was roughly 10 a.m. in the morning when this attack happened.

The 80-year-old white woman was pulled out of her car, slammed to the ground and punched in the face by these black males. The Baltimore Sun reports "Police said a security gate prevented the teens from exiting the garage. Two garage employees stopped one of the teens until police arrived, police said. The other teen ran from the scene." 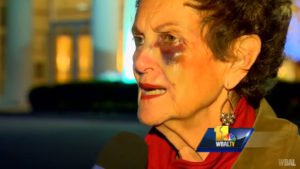 Both of the black "teens" are in custody, but what happens next in the story makes this one of those you'll never, ever forget.

Former Baltimore City Councilwoman Rikki Spector, the victim of an attempted carjacking earlier this month, attended a hearing Tuesday for one of her accused attackers.

Still upset over what happened Dec. 2, Spector is keeping close tabs on the teenagers charged with attacking her, and on the juvenile-justice system. "I want to know how this can be righted," Spector said.

Determined to make a difference, Spector went to juvenile court Tuesday for a detention review for one of the teenagers charged in the assault and attempted carjacking that left her battered and bruised. The former city councilwoman is now advocating for change in the juvenile-justice system.

Boys ages 13 and 15 are accused of attacking Spector inside a gated, guarded and patrolled garage near her home. She struggled with the teens as they tried to steal her car.

The dwindling white population of Baltimore - less than 25 percent white in 2017 when in 1917, the city was nearly 90 percent white - is completely hostage to the black majority.

This is a microcosm for white America's future as a minority in the land their ancestors built.