Episode 40 of my podcast is now posted here (with copious links). A decade ago, in a review of Mike Nichols’ execrable film Closer, I asked, “Is adultery now a chick thing? I mean in the sense of it being initiated mostly by them.” In Part 1, we discuss this hypothesis with reference to a much-discussed article in the Beta Male (!) section of New York magazine. It seems that the AltRight is right again, that cuckoldry and cucks are indeed significant cultural indicators. With no trace of irony, the author, Alyssa Giacobbe, makes the case for hypergamy as female empowerment. But what of sisterly solidarity? Well, it’s a sauve qui peut world we live in, and let the Devil take the hindmost. Amusingly, this article is illustrated with a still from the David Mamet-scripted remake of James M. Cain’s The Postman Always Rings Twice. Of course (spoiler alert) adultery didn’t work out too well for Cora Papadakis, but we can’t expect our latter-day cultural arbiters to betray much familiarity with the source material of their promiscuous cultural references.

One of the experts quoted by Giacobbe notes blandly that marriage has become “ever-more egalitarian,” that “Couples these days share work, chores, parenting.” Orwell noted, “To see what is in front of one’s nose needs a constant struggle.” In this case, that sexual egalitarianism results in “bed death.” As Alpha Male Donald Trump once put it, “There's a lot of women out there that demand that the husband act like the wife, and, you know, there's a lot of husbands that listen to that.” So men, take it from The Donald, if you don’t want your marital partner stepping out on you, best not to change the diapers and walk the kiddies in Central Park. 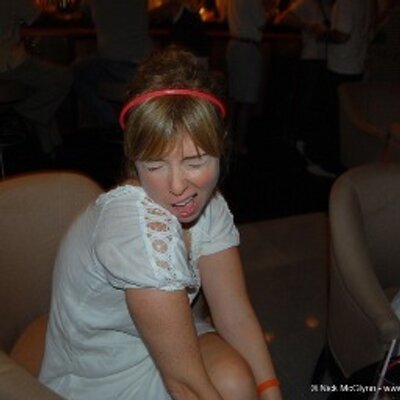 Take a look at the Twitter avatar of Alyssa Giacobbe. What does it signify? “I’m just a widdle gurl.” The more we talk of “equality,” the less we credit women with moral agency. The girls just can’t help it. The Canadian media was this week transfixed by the sad story of Raveena Aulakh, an award-winner reporter for the leftist Toronto Star. Aulakh took up with a married man at the Star, who later abandoned her for a Star manager. Aulakh took this badly and killed herself but not before sending out a torrent of emails attempting to destroy the careers of the other two members of this ménage (quatre?) à trois. She succeeded and has since been apotheosized as a “victim.” Why so? Because Patriarchy.

In Part 2, I interview Sun Media columnist Candice Malcolm, author of the best-selling Losing True North: Justin Trudeau's Assault on Canadian Citizenship. Each year, Canada, a country of 36 million, accepts about 300,000 immigrants and another 150,000 “temporary foreign workers” (many of whom will game the system to become permanent immigrants). Malcolm is a supporter of our “generous” immigration policy but is angered that Justin Trudeau’s government has abandoned any pretense of bringing the “best and brightest” to Canada and instead intends to fast-track one million new foreign bodies to citizenship in time for 2019, when they can confidently be expected to vote for their Great White Father and his Liberal Party.

Everything Malcolm says in her book is true. She is a nice woman and painfully sincere. She is, however, a supporter of the Conservative Party and, in particular, my old friend, former Immigration Minister Jason Kenney, another soi-disant Great White Father. She is, above all, determined to demonstrate that “Conservatives Are Not Bigots.” This is a mug’s game, one that the Conservatives will always lose. But even if they won, their victory would be at the expense of the historic Canadian nation. When I asked her the obvious question—Why does Canada need any immigrants?—she fell back on the old standby: “An aging population requires fresh souls.” When I pointed out to her that libertarian economist (and former Reform Party MP) Herbert Grubel has demolished that argument, she said she was not persuaded by his data. Canada 2016: the worst are full of passionate intensity, while the best are reduced to “Please don’t call me racist!”

Finally, we discuss the responses to a questionnaire we had sent to our valued pecuniary contributors. I was especially interested whether listeners thought that I, like Jeff Bridges’ The Dude, uses “too many cuss words.” (Warning: NSFW link.) In partial justification for my profanity, I reveal that I didn’t swear at all until the age of 21 (“My hot youth,” as Byron said) when I became a trade union executive. Finding myself in a milieu of hardened syndicalists, I discovered that not swearing seemed to indicate a lack of sincerity, and so I adopted “army Creole” as a survival mechanism, a habit I have been unable to break.

Given that most of the 2Kevins audience comes to us through the good graces of VDARE.com and its readers, I shall open this question to you. What is it that we do that you like and you don’t? Is there too much politics? Too much Trump? Too little Canada or too much? Does anyone miss the film essays I once provided? Should Kevin Steel revive his peripatetic memoirs? And do I use too many cuss words?