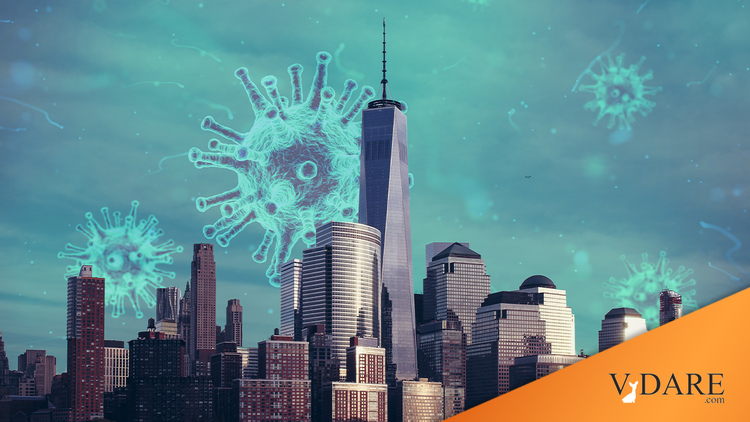 27% of New Yorkers Tested Have Antibodies

The data from the city is on a far larger scale than previously released information, and includes all antibody test results reported to the city’s Department of Health.

New York City on Tuesday released more than 1.46 million coronavirus antibody test results, the largest number to date, providing more evidence of how the virus penetrated deeply into some lower-income communities while passing more lightly across affluent parts of the city.

In one ZIP code in Queens, more than 50 percent of people who had gotten tested were found to have antibodies, a strikingly high rate. But no ZIP code south of 96th Street in Manhattan had a positive rate of more than 20 percent.

Across the city, more than 27 percent of those tested had positive antibody results. The borough with the highest rate was the Bronx, at 33 percent. Manhattan had the lowest rate, at 19 percent.

The data is likely to renew discussion about whether some neighborhoods or communities in New York City may be nearing herd immunity — the point at which enough people have immunity that the virus is no longer able to spread widely within a community. …

Still, the relatively high prevalence of antibodies may partly explain why New York has not seen a significant uptick in cases over the past several months, even as the city has begun to reopen and some New Yorkers have begun to relax their social distancing.

The hardest hit ZIP code in the city — 11368 — was the one in [aptly named] Corona, a predominantly Hispanic neighborhood with many construction workers and restaurant employees. Many had to work throughout the pandemic, raising their risk of infection.

About 23 percent of residents in the ZIP code have gotten an antibody test.

That part of Queens has an especially high rate of household crowding, which may also partly explain the high positive antibody rate. Experts have said transmission within households is a leading driver of the disease’s spread.

The ZIP code with the second highest rate of positive antibody tests was in the Borough Park neighborhood in South Brooklyn. There, more than 46.8 percent of antibody tests were positive.

Borough Park is home to many Hasidic Jews, a particularly hard-hit demographic. Large households are common, and the tight-knit, communal way of life was likely also a factor. Many Hasidic Jews fell sick in early March, right after Purim — a holiday of joyous celebration, full of parties and mingling.

… The next lowest rates were in Manhattan, where in several ZIP codes fewer than 13 percent of people tested had antibodies. The lowest Manhattan rates — 12.6 percent — occurred in one ZIP code on the Upper East Side and another on the Upper West Side.

In Brooklyn, the ZIP code with the lowest rate of positive antibody tests — 13.2 percent — includes much of Park Slope, a wealthy and predominantly white neighborhood.

Subways have been running at about 20% of normal crowds. What will they be on, say, September 11, a typical date for everybody to finally be back from the beach?