The 2013 Hajj is officially under way. Last year 3,161,572 people congregated in and around Mecca for the annual Muslim pilgrimage, a 55 percent increase over the number for ten years previously. (Click to enlarge the infographic below, from Alarabiya.net.) 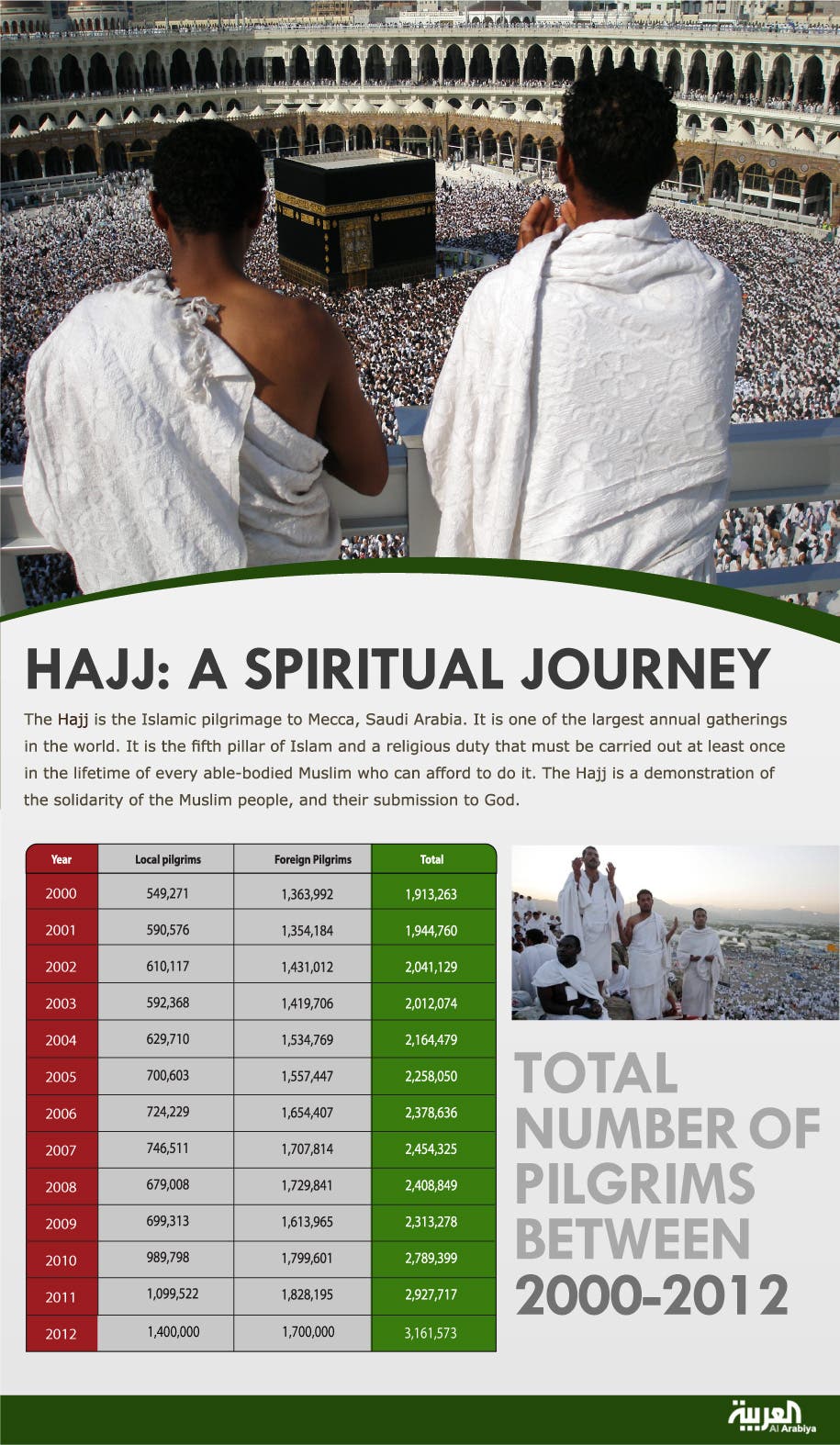 In land area, Mecca at 500 sq. miles is slightly smaller than Nashville, Tennessee. Speaking as a deeply un-gregarious person, I find the thought of being in a town that size together with three million other visitors to be nightmarish, but of course devout Muslims have a different point of view.

Personal preferences and religious obligations aside, there are excellent reasons to avoid Mecca in Hajj season, as Rebecca Kreston points out on a Discover blog:

The Hajj is a powerfully holy and social event for Muslims. But it’s also unique from an epidemiological and public health standpoint: two to three million people from 70 countries meeting in one tiny place is the siren call for respiratory, water-borne and blood-borne microbial diseases.

Blood-borne? Yes: At one of the stations of the Hajj, male pilgrims get their hair shaved off.

Saudi officials require all barbers to be licensed though makeshift barbers still abound, waiting on roads for eager pilgrims with razors in hand. Pilgrims may also buddy up to shave each other’s scalps. These unlicensed barbers and pilgrims can often be found reusing unsterilized blades to communally head-shave Hajjees, a fabulous technique for transmitting blood-borne diseases.

Presumably some unknown number of pilgrims go home carrying AIDS along with their purified souls.

A greater threat is the genus of coronaviruses, one variant of which quite likely caused your last bad cold.

Also of great concern is the latest pathogen to emerge from seemingly nowhere, Middle East Respiratory Syndrome Coronavirus (MERS-CoV). Since 2012, this novel virus has been smoldering in hospitals throughout the Arabian Peninsula and Europe despite the best efforts of many physicians and health officials to extinguish its insidious spread.