Obviously, President Donald Trump has taken strong steps in recent days towards a patriotic stance on immigration and Americans should cheer him for it. We've all been quenching our thirst with the endless tears of the Treason Lobby. But one fear is that our Commander-in-Chief doesn't fully understand the sheer weight of inertia he is trying to overturn. Vast bureaucracies and corrupt institutions are rolling along in the absence of persistent, dedicated action from the top down.

So even under the new regime, the refugees are still rolling in.

Since Donald Trump’s first full day in the White House on Jan. 21, the U.S. has imported nearly 2,000 refugees from around the world, with about half coming from Muslim-dominated countries.

The expected executive orders to halt all resettlements of refugees for four months while the administration searches for a better system of vetting was originally said to be coming Thursday, but it now appears that was premature.

Friday may be the day. Some sources say it could be put off until Saturday.

For every day the administration fails to act, hundreds more refugees arrive from the Third World.

Among the nations that are sending Muslims to the U.S. as “refugees,” the following are the numbers that have entered since Trump took office: 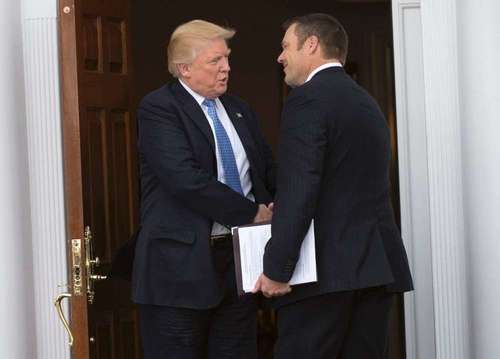 Once they are in, they are in. It's far easier and more efficient to prevent refugees from entering than to try to vet and/or remove these interlopers after the fact. This is also why immigration patriots should continue to push for a proactive figure like Kris Kobach to be second in command at DHS or be given a kind of "immigration czar" position. Stopping the invasion requires dedicated and energetic action from day one. And every hour Donald Trump delays imposes further costs on our children and makes our struggle that much harder.