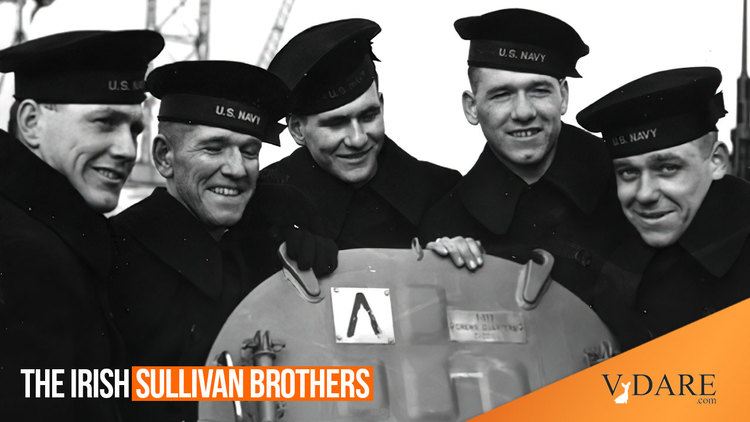 Re: Happy St. Patrick's Day From VDARE.com—Irish-Americans Are Part Of America's White Majority

From: Sean Mitchell [Email him]

I, for one, am glad that VDARE.com has once again celebrated the Irish-American role In America’s white majority. (Though I must confess that once or twice in reading VDARE I formed the—certainly wrong—impression that a few of its “Anglo-Saxon” writers believe that our Declaration of Independence was aimed at the Friendly Sons of St. Patrick.)

In any case, on a day that has largely become an empty occasion for thoughtless license and neglect of Irish-Americans’ roots, I should like to remind readers that:

A few examples of that heroism, normally lost amid the green beer and plastic shillelaghs:

To name only a few…

I wouldn’t like to close on this St. Patrick’s Day without evoking the jaunty spirit with which Irish-Americans have fought for their country, so: