A West Texas Reader Says We’re On A Mass Migration Roller Coaster—But We’re Getting To The Fun Part.

That mass-migration roller coaster is still at it.

The good news is that Hillary is not POTUS.

The bad news is that B. Hussein Obama’s 8-year campaign to import foreign voters in order to displace Historic Americans put up big numbers. Much worse than I thought.

Have a look at this: 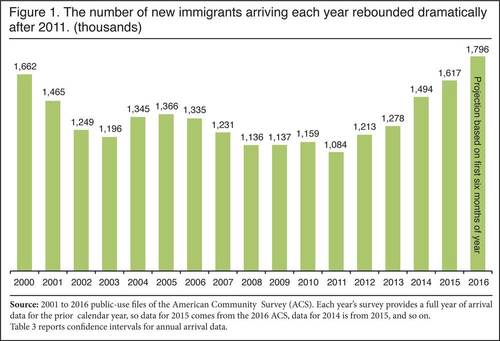 This is the point on the roller coaster where we almost throw up.

Thankfully, Donald Trump fought the entire Uni-Party/Globalist/Media/Religious Left/Academia/Chamber of Commerce/ Big Ag/Cult-Marx-Corporate Swamp to be in a position to rescue us.

So maybe the roller coaster will move from the terrifying part of the ride to the fun part.