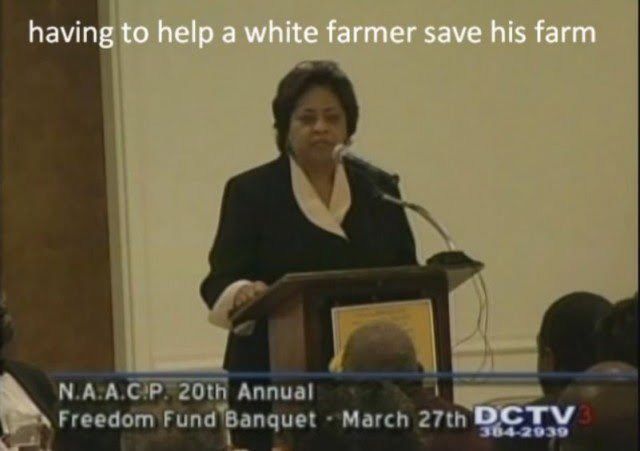 08/05/10 - A Reader In Watertown, Massachusetts Asks What Intelligent Argument Could There Be Against An End To Muslim Immigration

From: Matthew Dunnyveg (e-mail him)

Mr. Fulford's article on the Shirley Sherrod matter is one of the best I've read on the topic.  But it is missing something vitally important, and that is calling attention to the Rodney King video.

The Rodney King video was not only "shortened", but really was heavily edited, with any scenes that tended to exculpate the police edited out for real.  What's more, this fraud was a true media conspiracy as I didn't learn until the facts about how we had been fooled until years later.

"The news of acquittal triggered the Los Angeles riots of 1992. By the time the police, the U.S. Army, the Marines and the National Guard restored order, the casualties included 53 deaths, 2,383 injuries, more than 7,000 fires, damages to 3,100 businesses, and nearly $1 billion in financial losses."

If we are going to hold culpable conservatives who had nothing to do with the Sherrod incident, shouldn't we at least charge those media figures who showed the fraudulent King video ad nauseam with criminal charges, including homicide?  There is no statute of limitations on homicide, and for good reason.  Will these victims ever see justice?  The MSM could and should be charged.

The Left is not composed of nice people.  Nor do they play by the same set of morals we do.  We need to deal with the left accordingly, and that means going on the offensive and showing the world what they are all about.