A Reader Writes About An Earlier Era Of Restrictionism 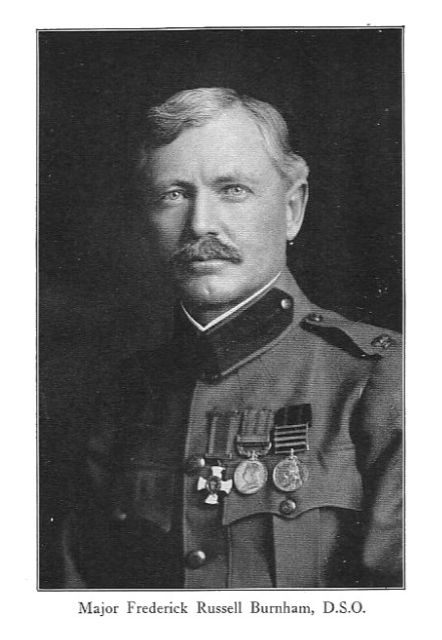 I just wanted to share an interesting coincidence with you. Last night after President Obama's treason speech in an attempt to calm my nerves (I'm afraid that my neighbors were subjected to my howls of outrage)I turned on a rerun episode of Pawn Stars (A "reality" show about a Pawn Shop in Las Vegas). In the episode a man brings in a pair of binoculars that was once used by a member of the Lovat Scouts.

The owner then proceeds to explain that the Scouts were a British military unit that was led by an American adventurer born on the Lakota Sioux reservation by the name of Frederick Russell Burnham.

He sounded so interesting I decided to look him up (I wish there was a reasonably priced bio of him available). Well when I got to the end of the Wikipedia article I discovered that he had written an article titled "The howl for cheap Mexican labor" in a book titled The Alien in Our Midst edited by Madison Grant published in 1930!

Needless to say, I was surprised. There were immigration traitors in 1930. I wish there was a reasonably priced copy of THIS book available. As it was, I was able to buy a cheap copy of Grant’s book The Conquest of a Continent published in 1933. Apparently Grant predicted everything that is now happening in America. Who needs Nostradamus? I thought you might find this interesting.

The two continents he scouted on were Africa and America, where he was in both the Yukon and Mexico.