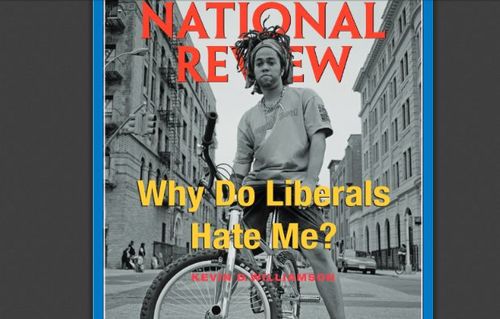 From: Ted Hunter [Email him]

If Trump wants a slogan for immigration reform, he should try "Black Jobs Matter."

Imagine the damage Trump could do if he promoted his immigration policies under this banner. It is the rare sort of pandering that happens to be true and good for Americans generally. Plus it would drive the Left nuts.

James Fulford writes: The damage to black employment from immigration is obvious but ignored by politicians on both sides.

In 2010, Kevin D.Williamson wrote a cover story [PDF] for National Review with the headline "Why Do Liberals Hate Me?" that listed all the liberal policies that were bad for blacks—and didn't mention immigration. See Why Do Patriots Hate National Review?, VDARE.com, January 26, 2010, and scroll down for a reprint of a 1996 National Review article that did make this point—written by Peter Brimelow.