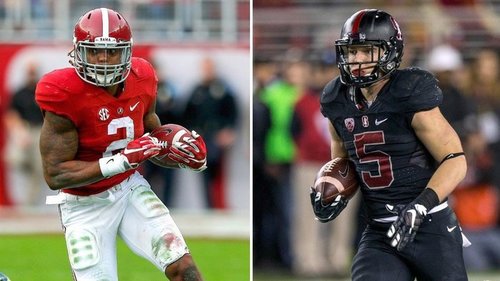 Re: Paul Kersey’s article Why Derrick Henry Beat Christian McCaffrey For The Heisman—The Only Form Of Racism That REALLY Exists In Sports

Stanford’s Christian McCaffrey,  the white guy who lost out on the Heisman to black Alabama player Derrick Henry, absolutely astounded everyone in America with his Rose Bowl performance. (368 all-purpose yards gained, including a 75 yard run on the first play—followed by a punt return for a TD.)

The sports writer reporting on this says "While he was breaking records, you were buying into stereotypes. " (Stereotypes about white football players.) [America now knows: Stanford’s Christian McCaffrey should have won the Heisman By Bill Plaschke, Los Angeles Times, Jan 3, 2016]

And here is a lame response from USA Today

Even before the Rose Bowl, and before the award, Colin Cowherd had a video about the controversy that put paid to the counter "arguments" [Christian McCaffrey won't win the Heisman, but here's why he should] but the Rose Bowl proved it!