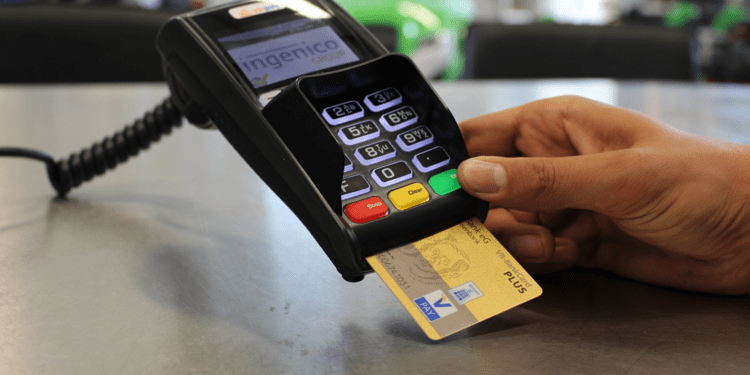 This is an idea I've never heard mentioned in restrictionist circles—abolishing cash payment to make it harder for people working illegally under the table to spend their ill-gotten gains. Credit card companies and tech companies have already invented the means, but they're getting pushback.

After almost 10 minutes of standing in line at a coffee shop, Ritchie Torres realized he only had cash in his pocket — a form of payment no longer accepted by this store.

"It was a humiliating experience," he said. "I remember wondering aloud, how could a business refuse to accept cash, which is legal tender?"

Torres is a City Council member in New York. He says his constituents, especially seniors, have also complained about a spurt of cashless stores. So Torres led the charge on a bill to ban businesses from rejecting cash, which New York's city leaders passed almost unanimously last month.

A similar ban is slated for a hearing in Washington, D.C., on Feb. 13. In the past year, Philadelphia, San Francisco and the state of New Jersey have also banned cashless stores — a rare case of governments fighting a tech trend before it spreads far. Massachusetts has required establishments to accept cash since 1978.

Excluding people from paying with cash means "essentially discriminating against people who are low-income, people who are homeless, also undocumented," she said.

Cities And States Are Saying No To Cashless Shops, NPR, February 6, 2020

Way down our list of things to do, but it would be interesting if a state could make it hard for an illegal alien operate in society by going cashless. I read that Sweden is going in a cashless direction.

How about making it mandatory all car, rent, and government payments have to be cashless? The commanding heights, as it were. When i was in California I saw a car dealership that touted only needing matricula consular + cash to buy a car. Make that illegal.

For a Starbucks losing the homeless trade is actually a  positive. However, in our current Tech Totalitarian atmosphere, this would give Apple, PayPal, Google, and Amazon far too much power over, for example, me.

VDARE.com has already been deplatformed by various people, and they're quite capable of attacking our personal accounts.