A Reader Refers Us To Englishman Pat Condell On Brexit, The Trump Election, And "America's Moment Of Truth"

From: Darrell [Email him]

The European Union is a treaty organization wherein several nations signed away many of their rights to control their own affairs and gave them to a supra-national council headquartered in Brussels, Belgium.

One condition of that treaty was the abolition of passport and visa barriers between the national members, allowing people freedom of movement and the right to live and work in other member nations. This resulted in millions of foreign immigrants from 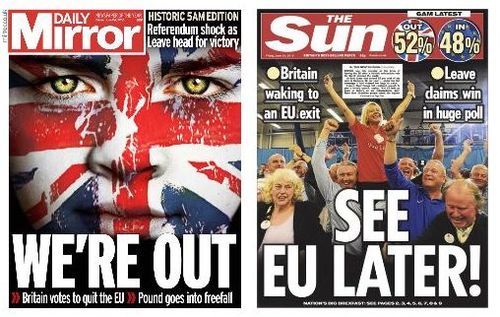 less economically developed nations entering Great Britain, where they took jobs away from the native people. The people of Great Britain experienced an invasion that negatively affected them, but that was the result their own government's policy!

Recently the people of Great Britain voted, in a hard-fought election, to withdraw from the European Union—this is called the British Exit, or Brexit for short. In this eight-minute video, Englishman Pat Condell discusses America's upcoming election in light of Britain's election result.