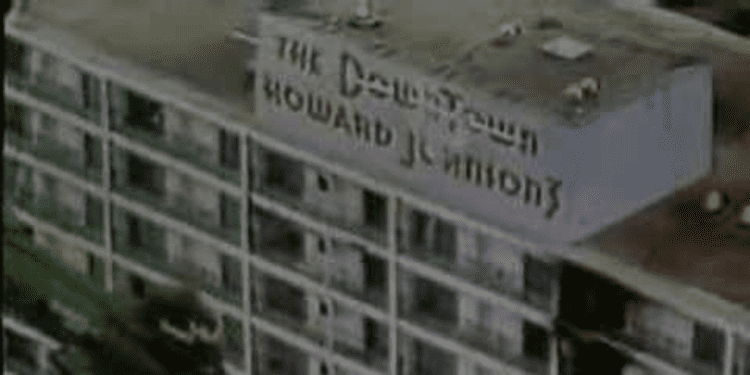 A Reader Has Some Additions To Our List Of Black Serial Killers; James Fulford Remembers Reports Of A 1972 "Gunman"

James Fulford writes: Posteal Laskey’s name was unfamiliar to me, a similar case to the Boston Strangler, but with no big Hollywood movies about it. (He’s mentioned on one of the tables I reproduced in my article.)

John Allen Muhammad has been covered repeatedly on VDARE.com, although as a Muslim terrorist, he’s not quite the same as serial killer. (His young accomplice, Lee Boyd Malvo, is also covered because he was an illegal immigrant from Jamaica, and could have been deported before he killed anyone.)

As for Mark Essex, right, the 1972 Howard Johnson’s Sniper, my reaction is the same one I had when I found out about Kitty Genovese’s killer, Winston Mosely: “That guy was black? I didn’t know that! Why didn’t anyone mention it?”

(I actually know the answer to that question.)

You see, I remember that as a “gun control” case in my youth. Robert Sherrill’s evil anti-gun screed The Saturday Night Special (1973) featured the gun used in the sniping—a Ruger .44 magnum carbine, holding at most 5 rounds, and almost the opposite of what anti-gun nuts are now calling an assault weapon.

My forty-year old recollection of this is that Sherrill called someone at Ruger (maybe Bill Ruger himself) and asked if he thought the .44 carbine was well designed for sniping from rooftops. (It’s really not, and the Ruger representative got upset and said he hoped that Sherrill would never own any of Ruger’s guns.)

But I had no recollection that Mark Essex’s mass shootings were motivated by racial hate of white people. I think I would have remembered if Sherrill had called the New York Black Panthers or the NAACP and asked if they were going to stop the hate.

Other mass murders where anti-white racism was the motive, but the gun banners used as an excuse to agitate for taking guns away from (mostly) white people, include