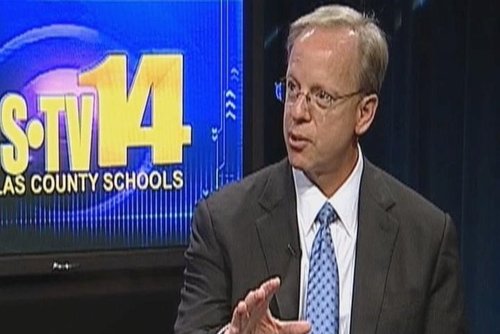 Administrators, school boards, parents, and politicians are still beating the dead horse of “gaps” be they achievement or school discipline.

On August 6, 2015, the local TV channel (Bay News 9) had the Pinellas County school superintendent, Mike Grego, [Email him ] interviewed by a liberal reporter on the problem of various “gaps.” The session referred to “bridging the gaps” and showed Grego operating like an advertising executive. He admitted that African American children are less prepared than white kids but saw hope in the pervasive county efforts to guarantee success via massive campaigns of guiding and tutoring black children.

He was especially optimistic about blacks conquering Algebra One which he called the gateway to school success. That blacks historically avoided high school courses like algebra, physics, and chemistry was not discussed. Grego also extolled the fact that African American participation in AP courses increased by 13 percent while ignoring the actual data related to black achievement in AP courses.

Grego, like most administrators, is now laboring to create schools in which President Obama would be proud because punishments are mild, equal, and racially blind. Thus, the huge discrepancies between the behavior of white and black children will be ignored or treated with PC tenderness in order to avoid disparate suspension rates.

Mr. Grego announced that in 2015 Pinellas County had a 30% drop in school arrests as the teachers are subjected to massive “sensitivity training” to rid them of any residual racism. He didn’t say that children were behaving better—just that they were arrested less. Crime statistics apparently never entered Grego’s mind.

Thuggish black children can now game the system as they avoid severe punishments and provide a statistical picture amenable to Obama’s plan. White students stuck in such schools will be genuine victims of the vast liberal effort to dispossess white America.

False inflation of grades and behavior records, rather than raising all students, further undermines the kind of education where old-fashioned rigor should exist and disparate outcomes are acceptable and normal.