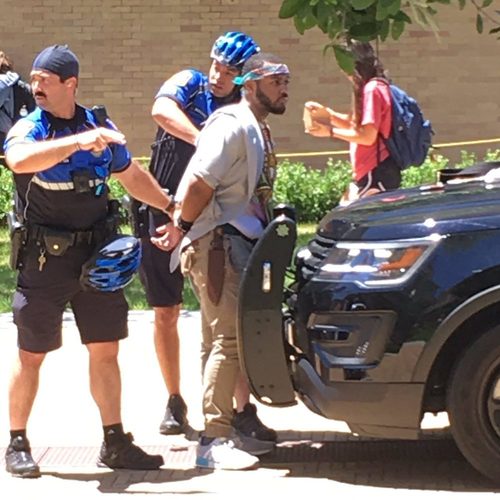 Here are some things Heavy.com’s Kendrex White: 5 Fast Facts You Need to Know misses, along with being unable to figure out the motive. The perp is from Killeen, Texas.

Killeen has lots of blacks.  Many of the blacks have had family in Killeen for generations.

But some of the blacks are associated with nearby Fort Hood.   Is the perp's father in the Army? If so then this explains the guy's "Bowie knife."

Also, should he even been a student at UT Austin? The untold story here in Texas is the one about "brain drain."

The best and brightest students in Texas are not accepted to UT Austin and Texas A&M thanks to the so-called "Texas Top Ten Percent Law." [Brain drain: States that lose the most college students, By Jenna Johnson, Washington Post,  January 24, 2012]