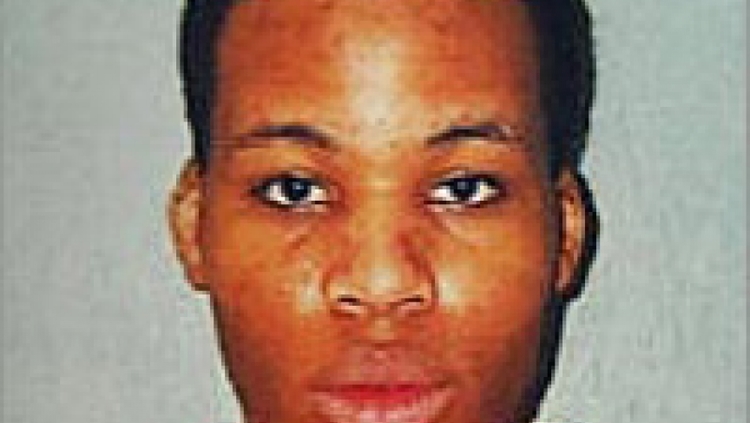 A Concerned Reader Points Out That There Are Jamaican And Haitian DREAMers, Too; We Instance Washington Sniper Malvo

A Concerned Reader [Email him]

Something I thought about during the Zimmerman trial was all of the "natural conservative" Caribbean blacks who would get Rubio's Amnesty and join the Florida Republican Party. (Not!)

Is Rachel Jeantel smarter than most Caribbean Black youth in Florida? [See Steve Sailer's post Rachel Jeantel's Testimony Shows America What 70 IQ Looks Like.] I would daresay, if you look at the Hispanic and Caribbean youth in America, that Jeantel would be close to the middle.

James Fulford writes: I won't argue about the relative IQ of Ms. Jeantel and the general population of the Caribbean (though I admit valedictorians will be few) because I've just of an even better example of the DREAM Act eligible "youngster" from the Caribbean: Washington sniper Lee Boyd Malvo.

Malvo is a perfect case for the DREAM Act: born in Kingston, Jamaica, he was brought to the US by his mother as as a "child"—I.E. a juvenile delinquent, age 16.

He attended an American high school in Bellingham, Washington, where fellow students said he was " studious, polite and well-dressed", the same kind of thing they're always saying about immigrant valedictorians. He's now 28, but that's well within the DREAM act parameters. The only problem is that he's serving ten life sentences for the thirteen people he and the late John Allan Muhammad murdered. But his lawyers will probably have fixed that soon—with good behavior, he may be out in time to vote for George P. Bush in 2020.

In petitions filed earlier this week, attorneys argue a 2012 U.S. Supreme Court decision that blocked life sentences for juveniles should be applied retroactively to Malvo.

Malvo was four months shy of his 18th birthday when he and John Allen Muhammad gunned down 13 people in the Washington, D.C., area over a three-week period in October 2002. [More]