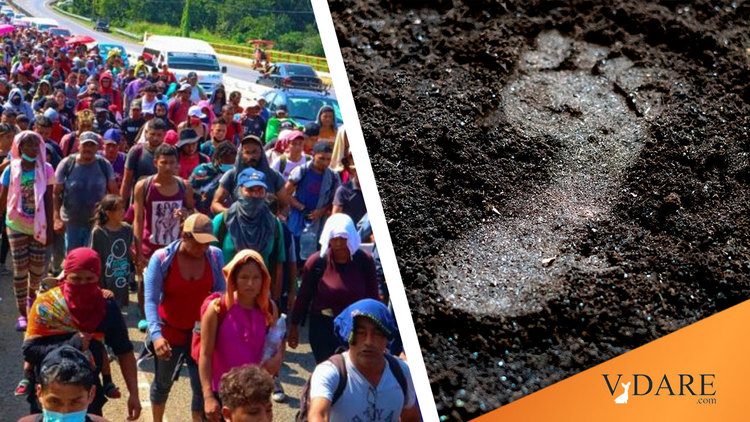 A Climate Skeptic, Immigration Patriot Reader Says The Best Way To Lower The U.S. Carbon Footprint Is Not To Let In More Third World Immigrants

From: A Climate Skeptic, Immigration Patriot Reader [Email him]

On July 20, 2022, in a press conference, poser in chief Biden unveiled a $2.3B “climate change“ spending plan [Remarks by President Biden on Actions to Tackle the Climate Crisis] and hinted that he would initiate a series of executive actions to tackle global warming in the absence of action from Congress. It is a “code red for humanity,“ he agreed [Biden announces executive action on climate amid pressure to declare emergency, by Courtney Subramanian, Eli Stokols, LA Times, July 20, 2022].

Full disclosure, I have not bought into the global warming science yet. If it is real, I would not say we have triggered any “emergency“ thresholds. At least not as long as countries such as China and India can pollute at will without a hint of scorn from the smarter-than-thou set. (How dare I?)

The push for carbon/pollutant reduction has left families, businesses, and even entire nations devastated, the farmers in the Netherlands being the latest dustup.

Dutch Farmers are fighting so you can feed your loved ones. The Dutch government wants to shutdown farms due to nitrogen level concerns. For those who do not know, nitrogen is plant food/fertilizer. https://t.co/6s9ZRYukie

However, if the Biden regime is onto something with this green energy scheme, I would like to offer some helpful advice on how we can reduce the carbon footprint here in the U.S.

Back in 2007, a class of students at MIT led by Professor Timothy Gutkowski (most likely liberal left-leaning Democrats) conducted an in-depth study of the carbon footprint of people living within the United States. From the homeless to multi-millionaires, from monks to jet setters [Leaving our mark—MIT class tracks carbon footprint of different lifestyles; finds even the smallest U.S. footprints are relatively large , by David Chandler, MIT News Office, April 16, 2008].

The results indicated that no matter how much an individual attempted to reduce their carbon footprint or at what station in U.S. society they existed, there was a certain bar that they could never get underneath due to various contributing factors of our infrastructure. 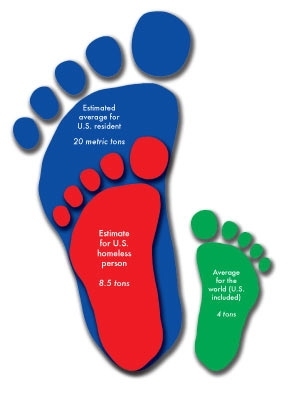 The lowest carbon output of a person residing in the U.S. (homeless person) is still a minimum of 2.5 times higher than the per capita output of the closest country and an even larger magnitude higher than that of third world countries such as Honduras, Guatemala, Belize, etc..

If Biden and his handlers are truly interested in reducing carbon emissions within the U.S., there is no action he could take or any amount of money he could spend that would make a quicker and more measurable difference than to immediately close the border to all Third World asylum seekers, put a moratorium on all immigration for the remainder of his term, and repatriate the tens of millions of illegal aliens that are already residing within our borders.

(Breathing deeply.) Ahhhhhh! Now that is a clean air program that I can fully support.

Remember, every individual from a Third World country who migrates to the U.S. and adopts a Western lifestyle is increasing their carbon footprint on the world.

Multiply this by millions of immigrants and the result flies in the face of what the Biden agenda claims to combat.